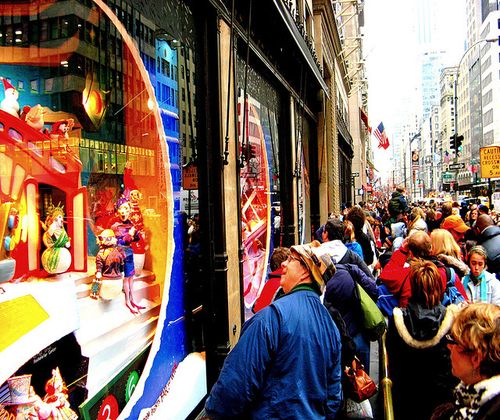 Fifth Avenue is one of the busiest roads traversing through the middle of Manhattan in New York. The part of the area lying between 39th and 60th Street on this historical thoroughfare hosts some of the most upscale business brands, boutiques and flagship stores not only in the United States, but also across the world.

Fifth Avenue is also home to the largest Build-A-Bear Workshop in the world besides a host of the city’s finest wedding and event venues such as the Manhattan Penthouse. Also worth a mention are the uprising retailers such as the Best Buy and BCBG Max Azria that extensively dot the famous street. 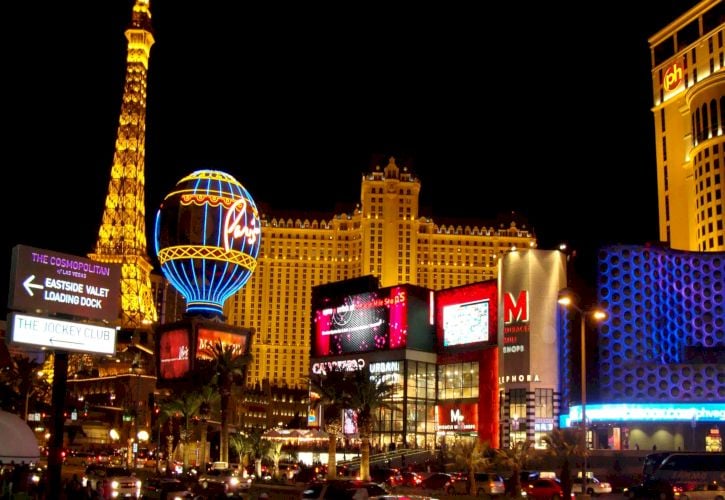 Las Vegas Boulevard is an important thoroughfare in the Las Vegas Valley of Nevada. It is located along the length of the Las Vegas metropolitan area in Clark County. The Boulevard also owes its popularity to a stretch of casinos that give this area its name, Las Vegas Strip.

Las Vegas Boulevard is intensively dotted with a host of shops and shopping malls, which sell all kinds of merchandise ranging from groceries to apparels, footwear, jewelry, specialties, designer goods, electronics and accessories of all types. 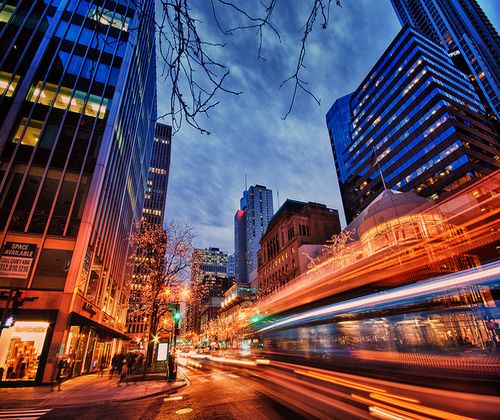 It is a premier shopping locality of Chicago and is also called the Magnificent Mile. If one were to name this shopping area, it would be most appropriate to call it “the granddaddy of all Chicago retail.”

Retail outlets such as Bulgari, Giorgio Armani, Ralph Lauren, La Perla, Salvatore Ferragamo and Bottega Veneta store exclusive collections of designer labels to cater to the fantasies of the fashionista of the city. 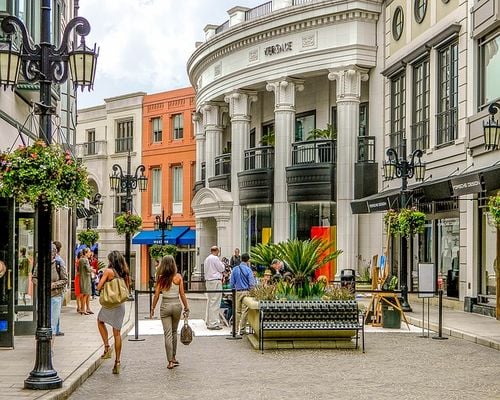 Rodeo Drive is a two-mile long strip located mainly in Beverly Hills. The name, Rodeo Drive is primarily used metonymically to refer to a stretch of three blocks situated between the north of Wilshire Boulevard and south of Little Santa Monica Boulevard.

The shopping complex comprises rows of sprawling flagship stores, which sell some of the most prestigious luxury brands in the world. The clientele includes Hollywood celebrities who flaunt them on the big screen.

A big part of the visiting crowd also consists of people who cannot afford to buy them, but come here only to desire and dream about them. For the moneyed fashionistas and trend lovers, this luxury shopping destination is nothing short of paradise. 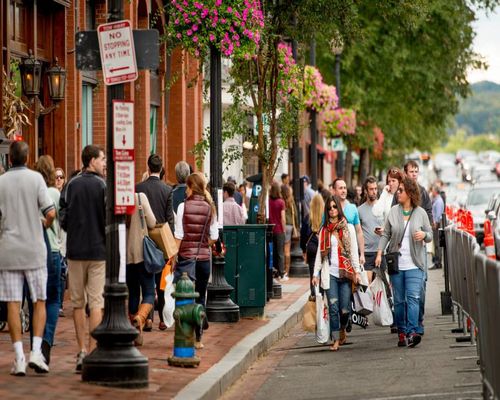 M Street NW, as the name suggests, is the main street in the Northwest, Washington, DC. It is located between the downtown and the main east-west street in the Georgetown neighborhood. M Street hosts some of most popular restaurants, bars and high end stores and is visited by 14,000 students of the Georgetown University.

The street attracts different shoppers in course of the day. During the day time, while the students throng the mainstream stores like Tommy Hilfiger, Lacoste and Diesel, the fashionistas flaunt their credit cards at stores like BCBG, Juicy Counter, Lactose and Annie Creamcheese, a vintage emporium, which sells designer style products from 1920s to 1990s.

The evening clientele comprises Congressmen, media persons and professionals, who crowd some of the most expensive and popular dining jaunts such as Café Milano to savour Italian fare and Bodega for complex Spanish tapas.

As the evening darkens, the street again gets packed with college students. While some students visit dozen bars such as Mr. Smith’s of Georgetown, others opt for messy barbecue and beer at Old Glory Bar-B-Que, or Rhino Bar & Pumphouse, a sports bar. 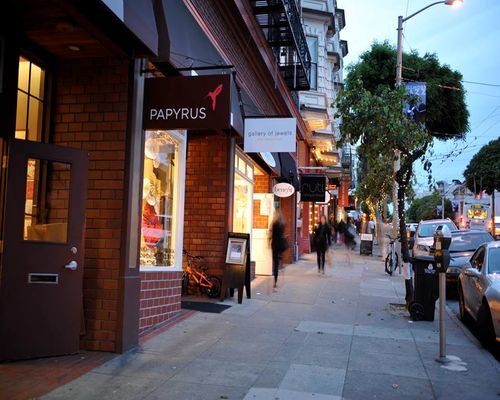 Named after the American President Millard Fillmore, Fillmore Street is a main thoroughfare of its namesake Fillmore District. Starting from the Lower Height neighborhood, it passes through Fillmore District to Pacific Heights and ends in the Marina District.

The shops and stores at Fillmore Street reflect the diversity of the residents in its neighborhood and, therefore, primarily serve their shopping needs. Some of the shops are owned by the families living in the same locality.

There are several retail outlets that stand wall-to wall with chain stores, ethnic restaurants of several varieties, jazz clubs and storefronts. There are a number of one-of- a-kind shops as well as popular ones such as M.A.C, Eileen Fisher and Kiehl’s, besides a host of thrift shops, trendy boutiques ranging from cheap to chic. 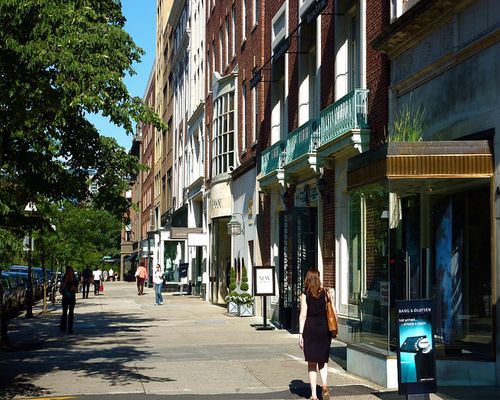 Located in the Back Bay area of Boston, Massachusetts, Newbury Street runs from Boston Public Garden to Massachusetts Ave crossing several arteries in its route before entering the Mass Pike at Mass Ave.

There are hundreds of shops and restaurants on a mile long 19th century brownstone street in the East of Massachusetts Ave. However, the most “high-end boutiques" are located near the Boston Public Garden end of Newbury Street.

It is because of these big names that Newbury Street is considered one of the most exclusive streets in the world. 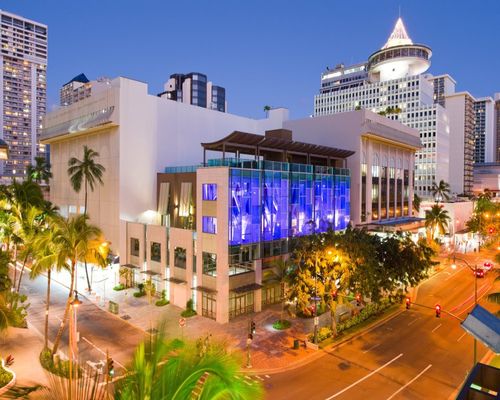 Located in the very heart of Waikiki, Kalakaua Avenue hosts some the most popular brand names for shopping in the world. You will find everything here ranging from upscale restaurants to high end shops. It is regarded as the Rodeo Drive of Hawaii.

You will find an ABC store practically in every corner the street. These stores sell high quality souvenirs and remain open all the night. One of the largest shopping malls, Royal Hawaiian Center is spread over 310,000 square feet. It houses more than 110 shops and restaurants.

The mall is crammed with sporting goods store, boutiques, top surf shops of Hawaii, jewelry marts, art and craft galleries, in fact, anything you can conceive.

King Street is located in Charleston, the oldest and the second largest city of South Carolina. The city hosts a historic street named King Street, famous for its shops and stores.

These are only broad categories. You will find the Street abuzz with a host of interesting shops, galleries and stores selling art and crafts products, books, clothing for men, women and children, chocolates, gifts, cosmetics, lingerie, handbags, lighting, men’s and women’s fashions, home decor, stationary besides a variety of restaurants, coffee shops and much more.

Each store, shop or gallery has its own unique Charlestonian style and flavor. 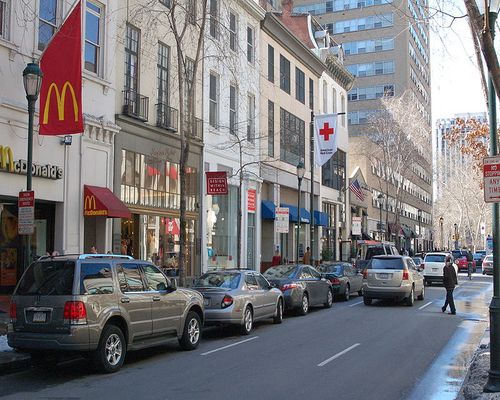 Located in the downtown Philadelphia, Walnut Street starts from the Delaware River waterfront and passes through the Center City to West Philadelphia. Walnut Street is popularly known as “the city’s premier shopping district.”

It is one of the most expensive retail streets in Philadelphia and hosts numerous “upscale dining, retail and cultural" sale outlets. A large majority of the high end fast fashion stores and designer shops in the Walnut Street are located on a four-block stretch between Broad Street and 18th Street.

This patch and a few blocks to the eastern side host a variety of upscale restaurants, eateries, shops, stores, bars and hotels.

The shopping area houses more than 200 shops, which, according to several surveys by the reputed fashion magazines, has been listed among the most pricey shopping districts of the USA.

Top 10 Most Scenic Drives in the USA

Top 10 Haunted Houses in the USA

Top 10 Places to Celebrate Christmas in the USA

Top 10 Gardens And Natural Wonders To Explore In Las Vegas 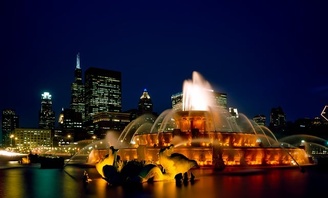 Top 10 Most Beautiful Cities in the USA 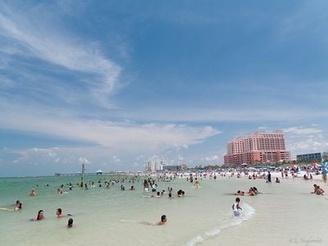 Top 10 Most Popular Beaches in Florida 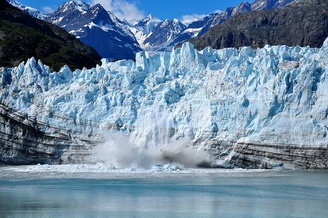 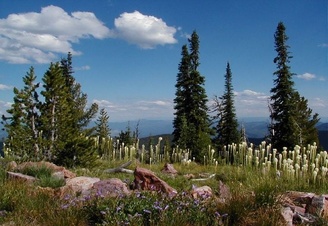 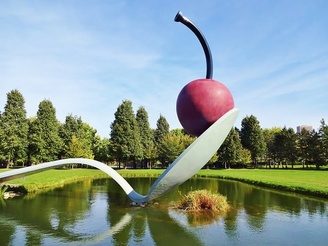 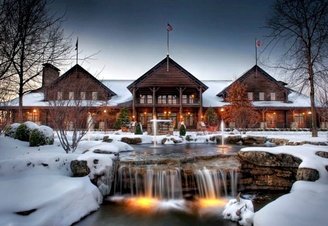 10 Best Places To Visit In The USA