Hitting the west coast and visiting Los Angeles, California offers plenty of opportunities. You can take in some fame and fortune by hitting Rodeo Drive or the Hollywood Walk of Fame.

If you'd rather want to get some entertainment and indulge into history then head over to Olvera Street which is the historic district located in the downtown Los Angeles. You can get a little insight into Hollywood by visiting Universal Studios Hollywood. For those looking to stretch their legs in a more natural setting, Griffith Park is the place to head to. This is just a sample of what L.A. has to offer with more details about these attractions below.

Being that Los Angeles is home to some of the biggest stars on the planet, it would be silly to spend time in L.A. without seeing the Walk of Fame before you go. Fifteen blocks house over 2,500 embedded stars in their sidewalks. The stars hold the names of actors, musicians, producers, directors, musical and theatrical groups, and even some fictional characters! Most of the stars are organized in certain location based on their famous work, so you can easily find your favorites.

It's one thing to see the stars' names in the sidewalks on the Walk of Fame, and another thing to spot one in person on Rodeo Drive. You don't have to be rich to come here, window shop, and admire the stunning buildings, all while enjoying the palm tree-lined streets and sunshine. This street, famous for its high-end shops and luxury goods stores, is a major tourist attraction in itself, but there is also a large business district that surrounds Rodeo Drive, known as the "Golden Triangle." This area is full of major tourist attractions and even more shopping areas, so take an afternoon to explore it!

Photo Courtesy: Flickr/Prayitno
Allow Woody Woodpecker, L.A.'s Universal theme park's mascot, to take you on an afternoon of historical theme park fun. Hollywood's was the first of many Universal Studios theme parks located around the world and is still entertaining locals and tourists today. Take the famous Studio Tour, a 40-60 minute tram ride around Universal's movie studio back-lot, catch a show such as the Blues Brothers, or have yourself a casual stroll through Universal's CityWalk, offering a number of shops and restaurants.

Santa Monica Pier may be officially located in the city of Santa Monica, but its location on Santa Monica Bay means that it is bordered on three sides by the city of Los Angeles. It is certainly worth the drive to the lovely outskirts and incredibly agreeable climate of the Santa Monica area to see the attractions waiting for you at the pier. The pier itself was built in 1909 and the famous Santa Monica Looff Hippodrome (the giant carousel) is a National Historical Landmark. Find time to explore all the sites and fun at the pier and you will not be disappointed.

Photo Courtesy: Wikimedia/Visitor7
Olvera Street is another L.A. attraction, which provides the perfect combination of history and divine entertainment. This street is part of El Pueblo de Los Angeles Historic Monument and has 27 buildings of different ages to be discovered along its zigzag brick patterned sidewalks. The street is now known for its Mexican marketplace, lined with street vendors, painted stalls, cafes, restaurants, and gift shops. Grab a taquito, watch some Aztecan folkloric dancers, and take in the romantic "Old Los Angeles" feeling that the street exudes.

The Getty Center has something for everyone: gorgeous gardens, stunning architecture, and one of the best views overlooking Los Angeles. The Getty museum is one of the United States' most visited museums so you're sure to be impressed by its collections and artists. Pack a sack lunch or dinner, a bottle of wine, tour the museum, then wander into the gardens for the sunset.

If the Getty Center doesn't quench your thirst for the outdoors, then Griffith Park certainly will. The park is one of the largest urban parks in North America, covering 4,310 acres of land. It is sometimes referred to as the "Central Park of Los Angeles," but it is definitely bigger, more rugged, and loaded with famous attractions throughout. Because of its size and variety in foliage, many producers have filmed in almost any spot in the park, and you may just recognize parts from scenes in films such as Back to the Future, Terminator, Star Trek, and Van Helsing. Griffith Park also houses Griffith Observatory, which is a great idea for a break from hiking the trails.

Photo Courtesy: Flickr/John Liu
Dodger Stadium lies right next to downtown Los Angeles, making it a perfect idea for part of a great night in the city. It is the third-oldest ballpark in Major League Baseball and, if we're talking strictly seating capacity, the largest baseball-specific stadium in the U.S.A. Many of the top, most famous bands have also performed here, including KISS, the Beatles, the Rolling Stones, Dave Matthews Band, and the Police. Clearly, the stadium knows how to do it big, so make it a stop during a day out downtown before or after food and drinks.

9: Wine and Magic with David Minkin

This "Evening of Enchantment" as David Minkin calls it, is truly what it claims to be. Those who have attended this event rave about the experience and understand why this is the longest running one-man show in L.A. First make sure you have a ride back to your hotel, then relax and enjoy hors d'oeuvres, wine, and a "magical" evening, literally and figuratively!

Photo Courtesy: Flickr/Matthew Dillon
A lack of exhibits and boredom are two things unable to be found in the western United States' largest natural and historical museum. The collections here house almost 35 million specimens and artifacts. Get lost in awe down the Dinosaur Hall, see some L.A. wildlife that you might not have known existed in its Outdoor Nature Gardens and Nature Lab, or check out the Los Angeles history exhibition named Becoming Los Angeles.

10 Most Beautiful Small Towns in California

10 Most Breathtaking Natural Wonders in California

10 Most Beautiful Small Towns In America

10 Most Beautiful Small Towns In Tennessee

10 Best Cities For Food Lovers In The USA 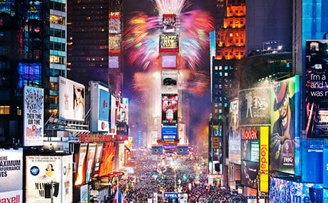 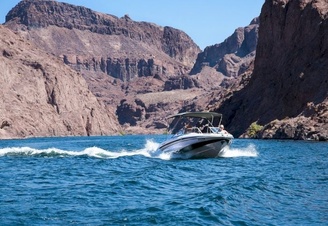 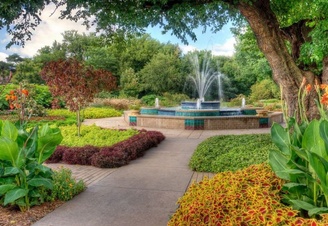