While New York City holds the biggest pull for visitors from around the world, the entire state of New York has plenty of attractions to keep you entertained.

Going to Upstate New York will give you the chance to see more of the state and if you head to the Canadian border, you can even see Niagara Falls. From Broadway shows in New York City to zoos to museums to state and national parks, the Empire State is truly a popular travel destination.

History buffs will enjoy getting the chance to visit battlegrounds while sports enthusiasts will enjoy visiting the sites of former winter Olympics. Here's our roundup of top 10 attractions in New York State.

Times Square, the bustling commercial center at the intersection of Broadway and 7th Avenue, is often called the Crossroads of the World, and it certainly lives up to that nickname. It sees one million new people every three days.

There is also a wealth of shopping to do at Forever 21, and Planet Hollywood and the Hard Rock Cafe are also located nearby, adding to the spectacle.

Accomodation: Where to stay in New York City

"Give me your tired, your poor, your huddled masses yearning to breathe free." These famous lines came from a poem celebrating this monumental symbol of freedom. The neo classical marvel was a gift from France to the United States in 1886, and is probably one of the best known statues in the world.

Visitors to Liberty Island, where the statue resides, can choose to enjoy the sight from the ground or ascend to the crown for an unparalleled view.

The statue can't help but inspire no matter how it is observed. It stands as a reminder of its role as the first face to greet immigrants coming to America to seek a better life.

Accomodation: Where to stay near Liberty Island

Niagara Falls is actually a series of three waterfalls which, when taken together, send more water cascading over the edge than any other falls in the world. They straddle the United States and Canada, with waterfalls being visible on both sides of the border.

After the widespread use of automobiles made it more accessible to the public, the falls became a popular honeymoon destination.

Its superlative nature has inspired some of the more death defying stunts ever pulled in the 20th century, with people going over the edge in barrels or walking on tightropes across it. It seems that Niagara can't help but capture the imagination of anyone who sees it.

Accomodation: Where to stay in Niagara Falls NY

Also Read: 10 Best Things To Do In And Around Niagara Falls, New York

New York City is America's unofficial capital because of places like this: the Met, as it's commonly known, is the largest museum in the United States. It contains works from all over the world and all throughout history, like those of ancient Egypt and Greece, or the European masters of painting, or various collections from Asia, Oceania and Africa.

The collection even goes back as far as the Neolithic era with cuneiform tablets and Bronze Era artifacts. Much of the world is represented here in one way or another, making the Met truly the people's art museum.

The design of this sprawling urban green space was inspired by architect Frederick Law Omlsted's frequent visits to major European cities where parks of its kind were commonly found.

Hansom cabs are a popular mode of transportation through the park, adding to the European feel. Ride the famous carousel, stop in at the Central Park Zoo, or marvel at the Swedish Cottage Marionette Theatre.

At any time of year, but certainly in the warmer months, Central Park is alive with activity and music, and there are so many sculptures and curiosities that to truly experience all of what it has to offer takes multiple days.

The Hudson Valley surrounds the Hudson River between its end points in New York City and the Albany area. This gorgeous stretch of fertile ground contains hiking trails, rock climbing, whitewater rafting, fishing,as well as shopping and museums detailing the stories of the region.

There is something to do in the valley all year round, with autumn being a particular favorite because of the changing of the leaves.

World class restaurants specializing in locally sourced farm to table cuisine line the valley and beckon tourists to immerse themselves in their Hudson Valley experience.

Accomodation: Where to stay in Hudson Valley

Also known as the "Grand Canyon of the East," Letchworth State Park sits on the Genesee River and several of its tributaries. The river carved a deep gorge out of the rocks, and the result is breathtaking natural beauty for miles.

Waterfalls dot the river and its creeks, with the highest waterfall in New York State, Inspiration Falls, residing here.

People come to the park to enjoy hiking, hunting, fishing, whitewater rafting, snowmobiling, cross country skiing, camping, and whatever else can be done when the weather's right.

Accomodation: Where to stay near Letchworth State Park

This curious mountain range does not follow a tectonic path like the Rockies or the Cascades in the West. These mountains are actually parts of one large dome that was raised due to geological unrest underneath.

Their beauty is unique, and it attracts outdoor enthusiasts of all kinds. Canoers and kayakers have multiple bodies of water to choose from.

Hunting and fishing, though strictly regulated, are enjoyed by many. Rock climbers, bird watchers, and snowmobilers can all find happiness here.

The Wild Center in Tupper Lake provides a wealth of information about the natural history of the surrounding area, and is open year round.

Accomodation: Where to stay in Adirondacks

This collection of islands in the St. Lawrence River actually numbers closer to 2,000, although some of them are just barely big enough to support a single tree. Some islands belong to Canada and some to the United States, New York specifically.

In addition to the beautiful scenery of the area, there are a number of attractions here, including Boldt Castle on Heart Island, which was built by one man out of adoration for his wife.

The Antique Boat Museum gives history of the area by way of boats that were built or sailed here. For those who scuba dive, the wreck diving here is purported to be some of the best in the world.

Accomodation: Where to stay in Thousand Islands

The Finger Lakes are so called because they are a series of long, thin bodies of water with a north-south alignment, resembling fingers. The two longest, Seneca and Cayuga, are almost 40 miles long.

The area is well suited for winemaking, and wineries are in abundance. There are also museums dedicated to the rich history of the region, including the Womens Rights Natural Historic Park in Seneca Falls, where the women's suffrage movement began.

The Corning Museum of Glass, the Strong National Museum of Play, the Museum of the Earth, and the Seward House, named for President Lincoln's secretary of state, can all be found here.

Accomodation: Where to stay in Finger Lakes

Top 7 Best Shopping Malls in and around New York City 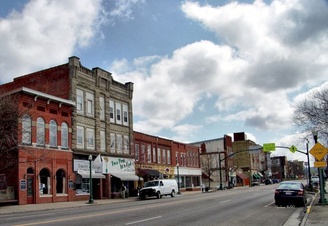 10 Most Beautiful Small Towns in Ohio 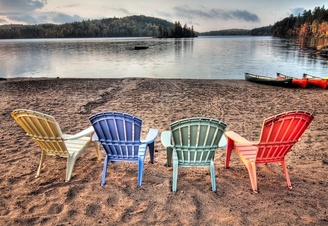 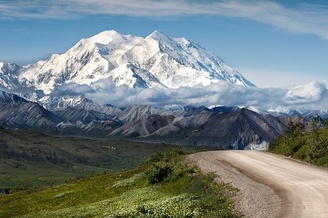 Top 10 Natural Wonders in the USA