Cultural festivals are of great importance and happiness to people who belong to a specific culture. Different festivals take place around the year in various states of the US, depending on the diverse population that lives there.

If there is a large population of a specific ethnicity or race, then they tend to join together and celebrate their cultural occasions. Below mentioned are ten of the most amazing and famous cultural festivals held throughout America.

A number of people from all over the country come to watch these festivities. Let's take a look at some of the best cultural festivals in the USA.

This festival stretches for two weeks before and after Shrove Tuesday until it is Ash Wednesday. Small to huge parades are held during the whole festival, with the largest parade taking place in the last five days with sometimes a ball held on the last day.

The festival is organized by social clubs in the city. Objects like colorful plastic beads and decorated items like throw cups are thrown into the audience by those doing the parade to engage with them. Their traditional colors are purple, green, and gold, signifying justice, faith, and power, respectively.

This is a yearly festival of hot air balloons which takes place in New Mexico, during early October. It is spread over 90 days, and up to 500 balloons are flown each year. The festival is said to be one of the largest hot air balloon festivals in the world.

It features many different events, held over multiple days, for example, a Crispy Crème morning glow on the first day. This event represents Mexican culture to the core and is one of the most significant tourist attractions hence a major source of income for the city.

There is a theatre in Oregon that is used for the performance of various plays. This particular theatre is used annually at this festival, and around eleven plays are produced on different stages during a Shakespeare season that starts from February and lasts until early November.

All of Shakespeare’s plays are performed at least 300 times, and a number of other plays are also presented for an audience of about fifteen million people who watch it with great interest.

The art is based on ten principles, some of them being self-reliance, self- expression, gifting, etc. This event is organized by a nonprofit organization.

This festival takes place on the first weekend of March. This event started when the corpse of Bredo Morstoel had gone missing. It includes a slow-motion parade and contests for the frozen dead guy look alike.

Other activities include a small tour of the shed where there is a frozen corpse of Grandpa, yummy pancake breakfasts, and a lot more.

An annual series of cultural celebrations, usually free, observed in the state of Hawaii. It features various concerts, parades, street parties, and multiple events, which are according to the Hawaiian tradition.

This festival is especially for families, whether tourists or residents. The celebrations are done on one island instead of being celebrated on different islands. This is done to preserve the Hawaiian culture and heritage, which is unique.

Cheyenne Frontier Days is an outdoor rodeo and western type of celebration held annually. This is one of the largest events of its kind and attracts about 200,000 people each year. It is started by the annual walking of the streets, which is done the Sunday before the actual event.

What attracts more attention is the running of bulls like that done in Spain. There are various nightly concerts and different comedy acts. It is a fair with rides, games, and multiple food vendors. A special part of this event is the free pancake breakfast.

Fantasy Fest is a street party held in the last week of October. This is just like the Mardi Gras festival and attracts a number of people because of the concentration of bars on the street. Body painting is very popular at this festival. Attendees spend days on the beach as regular tourists.

An annual motorcycle rally held in the first week of August in Sturgis, South Dakota. It is most famous for amazing stunts and races, first started by a group of Indian motorcyclists. Motorcycle enthusiasts from around the world now meet here with increasing media coverage each year.

Coachella Valley Music and Arts Festival is an annual music and arts festival held over two weekends in Indio, California. This event has many genres of music, from rock and indie to electronic dance music, a platform for all music enthusiasts. Several stages continuously host live music across the grounds.

5 Most Adventurous Mountain Towns of America

10 Best Theme Parks in the US

10 Best Things To Do in Texas

The 10 Best Chain Restaurants In America

5 Most Adventurous Mountain Towns Of America 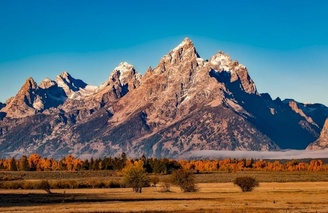 Top 10 Most Beautiful Mountains to Visit in the USA 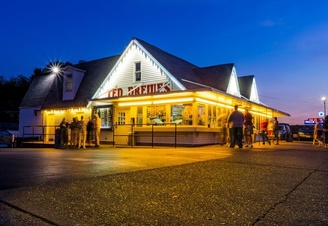 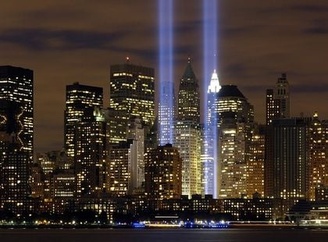 Top 10 Things To Do in Gatlinburg, TN