America has much to offer beyond its usual tourist trails. Dare to do something different and be rewarded with sights and experiences that will expand your horizons and create memories of a life time. From mountains to lakes, from national parks to canyons, these top 10 unexpected adventure trips will let you discover another exciting face of America.

1: Rafting through the Grand Canyon, Arizona 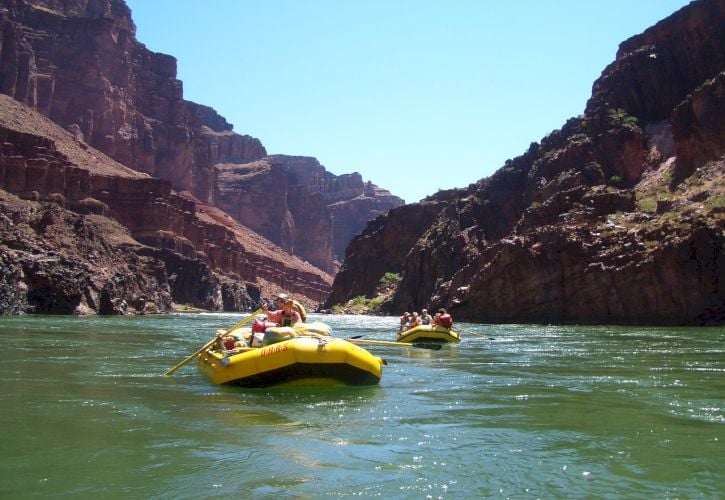 Photo Courtesy: Flickr/granick
Challenge yourself to an adrenalin-pumping rafting expedition as you encounter the furiously running rapids in the Grand Canyon, Arizona. The 88 mile long serpentine river in the Canyon flows through innumerable bends and every bend generates new, almost life changing experience for the rafters. Your journey alternates with extreme serenity and excitement as you raft across the most breathtaking scenery of the world. In one phase you are floating lazily savouring the spectacular beauty of the route; in the other, you are negotiating a violent rapid. The entry into calmer waters and the widening canyon walls heralds the end of the expedition. You finally reach the take-out point on the upper waters of Lake Mead.

Also Read: Top 10 Things To Do In The Grand Canyon National Park 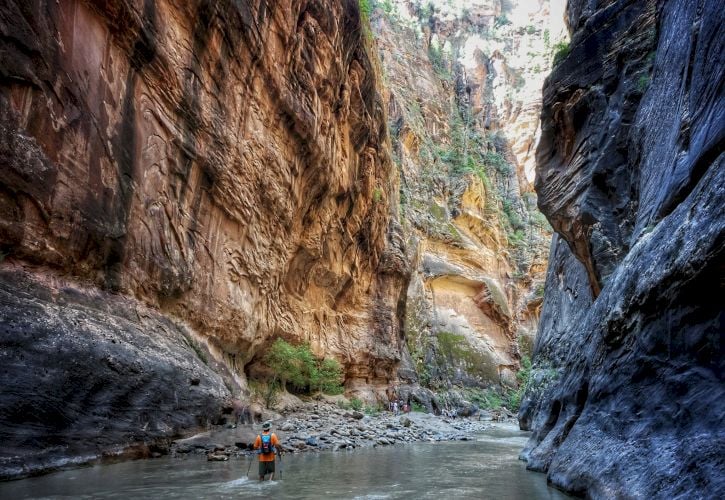 Photo Courtesy: Flickr/Edna Winti
Zion National Park provides exciting hiking opportunities almost all through the year. There is some form of excitement for everyone including the differently-abled. The lower trails of the park are accessible to wheel chairs. The park has a shuttle system with frequent stops at several trailheads. There are dozens of hiking trails and routes suitable for all kinds of hikers. Worth exploring are the Angels Landing, Canyon Overlook, East Temple Saddle, Emerald Pool-Lower, Emerald Pool-Middle, Emerald Pool-Upper, Grotto Trail, and Hidden Canyon trails. Located at various heights, these trails offer unique perspective of the scenic surroundings. The most popular hiking trail goes into Narrows of the Virgin River. It has a paved path and passes through hanging gardens and sparkling streamlets. You can also visit Zion Park even in the extremely harsh winters. The Park has a low-elevation desert which offers wonderful hiking. 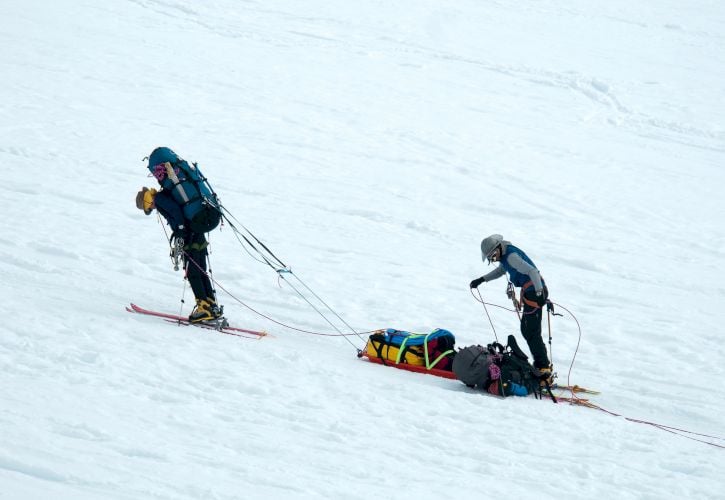 Photo Courtesy: Flickr/sandybrownjensen
The mysterious beauty of Denali Mountain in Alaska seems to cast a magnetic pull on hikers from all around the world. The hike on Denali in unique in the sense that it is extremely challenging and at the same time, equally rewarding too. The summit rises to 18,000' from the base, an unsurpassable gain anywhere in the world. It is 20,000' on the northern side. The ascent to the summit provides extremely diverse and magnificent views including those of Mt. Foraker, Mt. Hunter and Mt. Huntington standing in all their spectacular majesty. The climbing conditions are, of course, extremely harsh. You may encounter above 100-mph winds, snow storms lasting a week at a time and - 40F temperatures alternating with scorching sunshine lasting upto 20 hours.

Also Read: Top 10 Things To Do In Denali National Park

4: Biking through the wine country in Napa and Sonoma, California 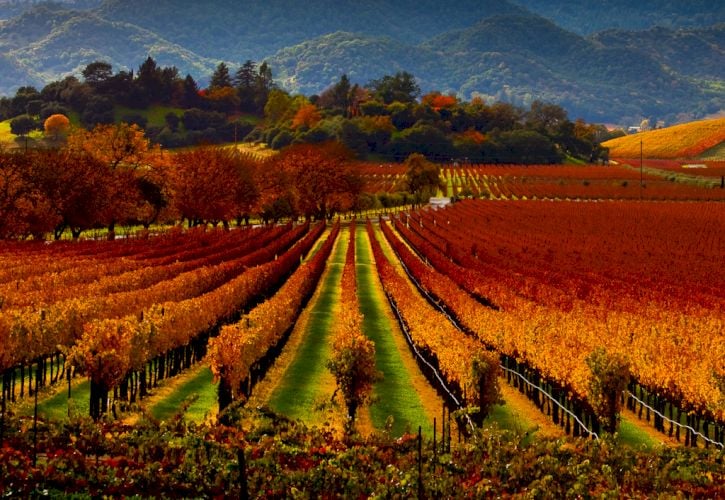 Photo Courtesy: Flickr/lightsamples
The adventure level for biking through the wine country in Napa and Sonoma, California ranges from the easy to the tough, but whichever trail you choose, you will be rewarded by panoramic vistas along all of them. Some trails worth a mention are:

All the three routes take you past gorgeous scenes, vineyards, wooden barns, red barns, picturesque wine yards, cafes and restaurants among the rising hills and mountains. 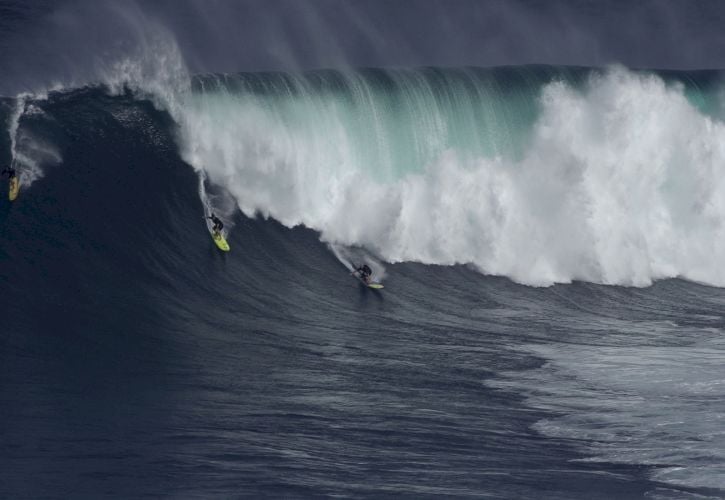 Photo Courtesy: Minnie Vuong/Xvolution Media
Hawaii is a home to big wave surfing. Hugely ferocious waves as tall as 25-50 foot rise at Peʻahi Island in Hawaii giving it the name, Jaws. The North Shore of the island is particularly known for generating legendary winter waves that draw the best and the toughest surfers from across the world especially during the months of November and December.
This place is also called the Super Bowl of Surfing. It is here that the mighty surfers take to the monster waves. They get inside them, conquer them and thus enjoy the thrills they seek so avidly. In the words of Giora Koren, a filmmaker and photographer, who has often captured these waves and the brave surfers grappling with them, "Jaws is a very, very fast wave. Nothing is there to stop it until it hits the reef shelves and breaks. It comes at full speed, as opposed to other spots, where they gradually slow down." 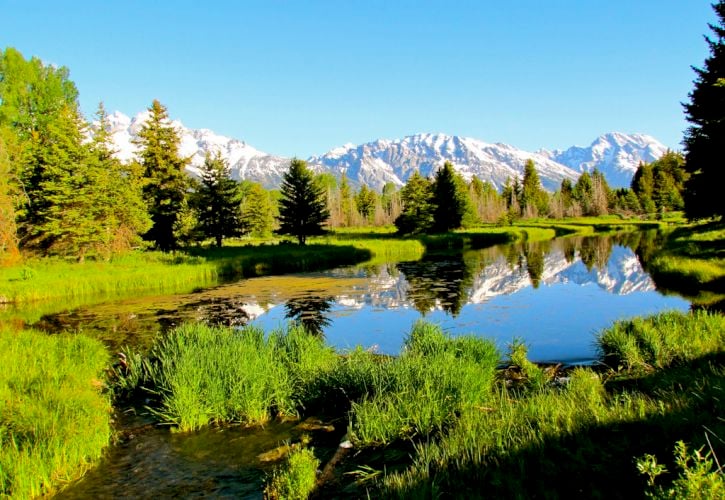 Photo Courtesy: Flickr/Jeff Gunn
There are a few landscapes in the world that can compare with the spectacular magnificence of Grand Teton National Park. The park abounds with lakes, forests, valleys, wildlife, rivers and wildflowers. It still continues with its ancient culture and has the old homesteads and cattle ranches.You can ride a bike or paddle a canoe. Although you can visit the Park any time of the year, the best times, however, are the autumn and winter. The park wears a riot of colours during September through mid-October during the fall. You can watch clusters of deciduous trees with foliage blazing with yellow and red colours. Winter drapes the Park with while blanket of snow. The environment becomes extremely serene and peaceful. Park bristles only with cross country skiers, snowshoers and, of course, photographers. 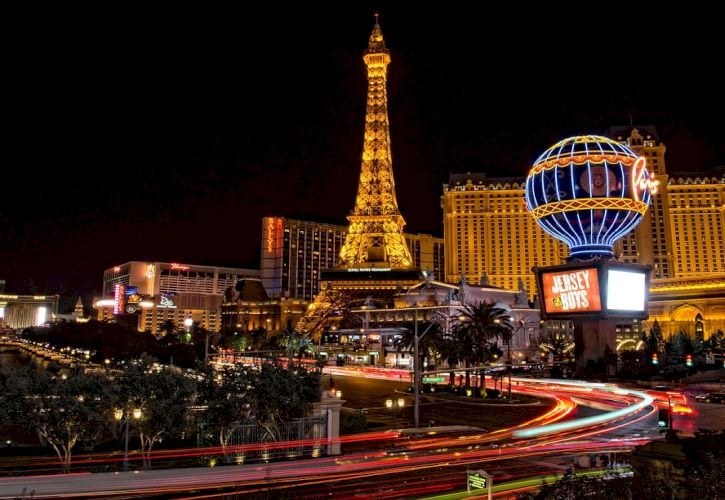 Las Vegas has much to offer beyond its glittering canoes. While in Vegas you can visit: 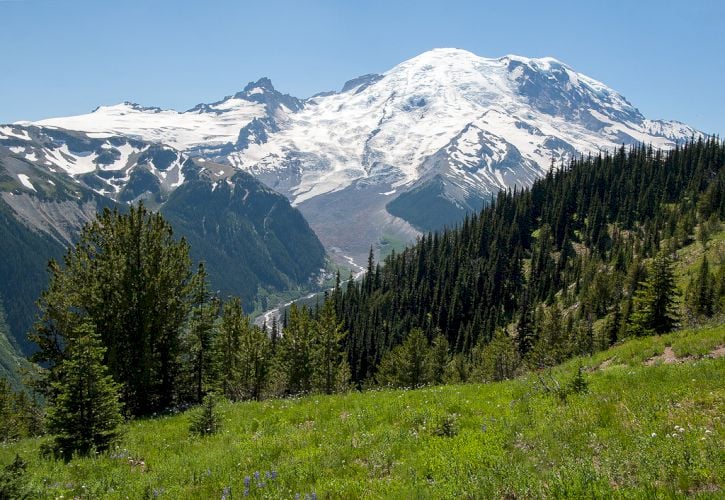 Photo Courtesy: Flickr/Ralph Arvesen
Mount Rainier is the most densely glaciated mountain in the United States of America. It hosts an active volcano at the height of 14,400 feet and attracts thousands of hiking enthusiasts every year. You can reach the summit after climbing a steep elevation gain of more than 9,000 feet covering more than eight miles. You may encounter rapid changes in weather conditions including strong chilling winds accompanied by snow. In fact, there is always a probability of strong winter-like storms even in scorching heat of the summer.

Also Read: Top 10 Most Beautiful Mountains to Visit in the USA

9: Hiking the Appalachian Trail through the White Mountains, New Hampshire 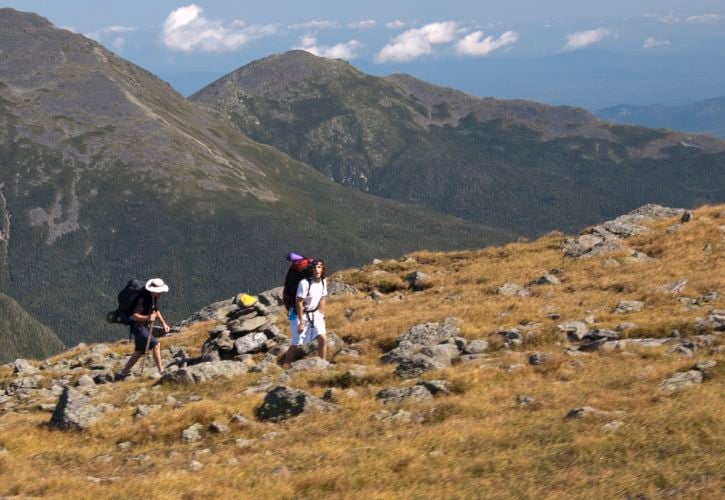 Photo Courtesy: Flickr/Don Kasak
The Appalachian Trail through the White Mountains in New Hampshire attracts huge number of visitors due primarily to the dramatic scenery it commands. Hiking the trail requires an intelligent and thoroughly detailed planning because the weather in this region is the harshest on the planet. You can ascend between 5 to 8 miles in a day, but you must be prepared for the sudden steep ascents and that would put your physical fitness to test. Most of the trail is located above the timberline and the weather conditions may change abruptly and drastically. You are likely to encounter snow fall any time irrespective of the season. Dense fog and high winds are also very common and you may have to pay for shelters and campsites on the way. 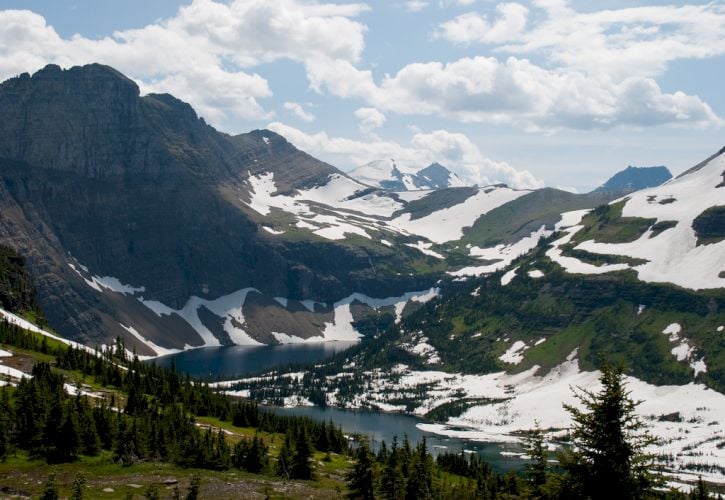 Photo Courtesy: Flickr/liljango
Cycles in the Park are allowed only on the roads, bike routes or parking areas and not on hiking trails. The best cycling route in the Park is Going- to- the- Sun Road. Note that the Going-to-the-Sun road may, sometimes, be undergoing repairs, which means that you would need to drive cautiously on its gravel-filled portions. No matter how strong you are there will be times when you feel your legs to be burning and your heart pounding as you drive upwards. Most cyclists tend to look see how much distance they have covered and then look upwards to see how much is left. But the fear and exhaustion are well compensated by the stunning scenery along the route.

Top 10 Most Beautiful Places in the USA

Top 10 Tourist Attractions in the USA

Top 10 Family Beaches in the USA

Top 10 Most Beautiful Lakes In The USA 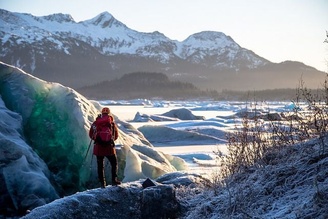 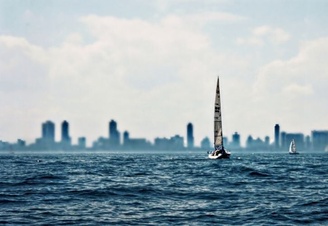 Top 10 Most Beautiful Lakes in the USA 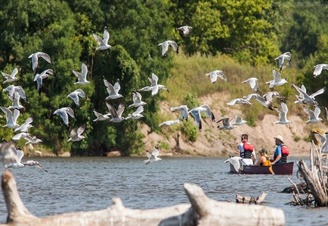 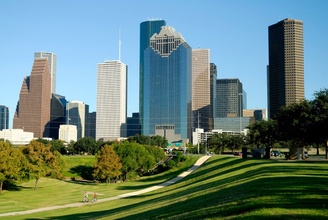 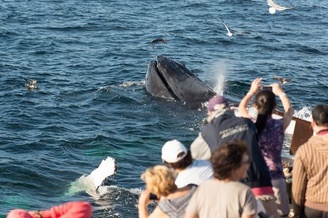 Top 10 Tourist Attractions in Cape Cod and the Islands 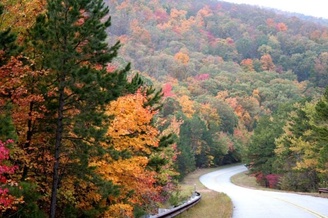