Top 10 Things To Do In Denali National Park

Denali National Park encompasses 6 million acres of the Alaskan wilderness. While there is so much beauty and life to be found in the deep taiga forest and high alpine tundra, Denali Peak is the main attraction. The tallest mountain in North America towers over the rest of the park at 20,310 feet above sea level. Despite its size, Denali isn’t always visible due to cloud cover for much of the summer.

The park was initially named Mount McKinley National Park after the 1896 presidential candidate William McKinley. However, in 2015 the name of the mountain and the surrounding national park was changed to Denali. Denali comes from the Alaskan natives and means high or tall.

With only one entrance on the eastern side, much of the park remains wild. From the entrance, a single road cuts across the park and is only accessible by bus during the summer months. In Denali National Park, protecting wilderness areas and wildlife is a top priority. The park was the first national park created to protect wildlife as well as Alaska’s first national park.

Here are the top 10 things to do when planning a trip to Denali National Park. 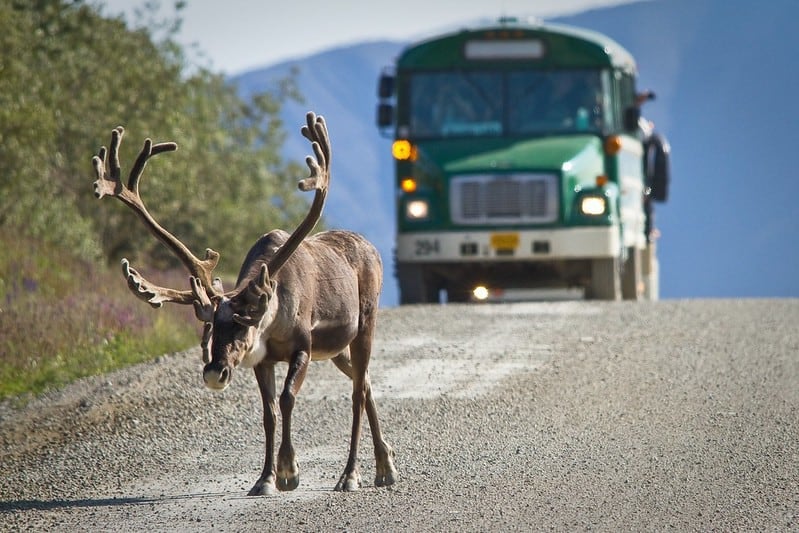 Another option to see the park is via tour bus. Tour buses include the Natural History Tour, Tundra Wilderness Tour, and the Kantishna Experience. These buses are driven by trained naturalists who will show you points of interest and wildlife along the way.

Reservations and tickets can be purchased through Doyon/Aramark Joint Venture. Purchasing tickets and bus pick-ups will happen before arriving at the park. 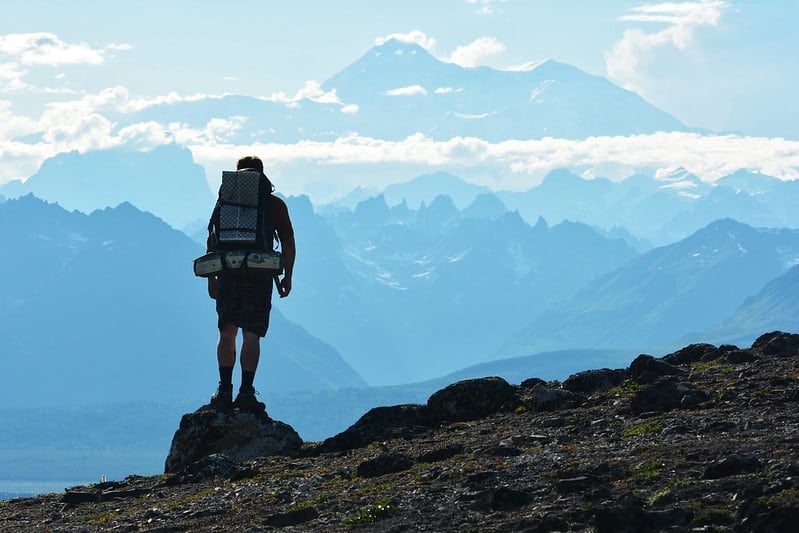 If you have a couple of days to spend in the park, take a shuttle to Eielson visitor center. Here you will find more trails and less traffic. Off-trail wilderness hiking is also an option. Before you head out, make sure you have a plan and are prepared to be out in wilderness areas. When you’re done, just come back to the main road and flag down a shuttle. Wilderness hiking is a great way to explore more since the majority of the park has no trails.

3: Take a Hike with a Ranger 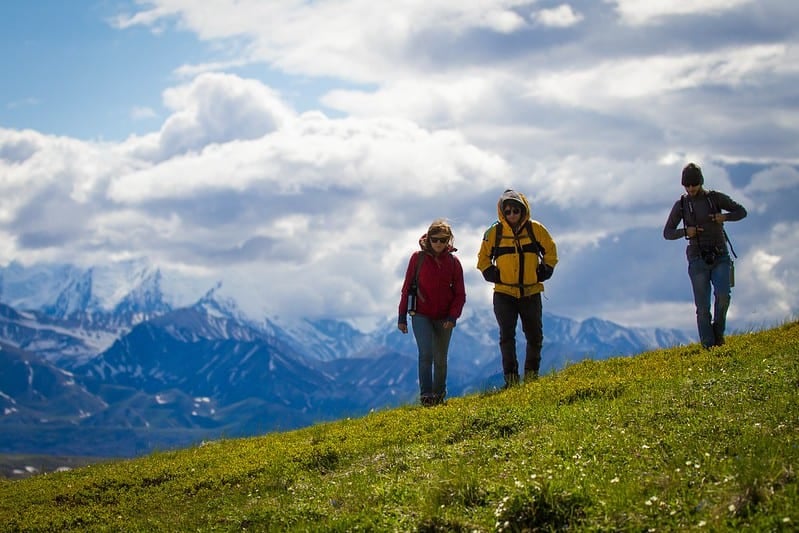 Throughout the summer, numerous ranger-led trail hikes and talks happen throughout the park. There is no need to sign up ahead of time for these, just show up. For those looking to get into the wilderness but are unsure where to start, off-trail discovery hike may be the best option.

Hikers must sign up for the off-trail discovery hikes ahead of time, in person, and all members of the hiking party must be present at sign up. Rangers can turn people away if they are not prepared to hike off-trail. 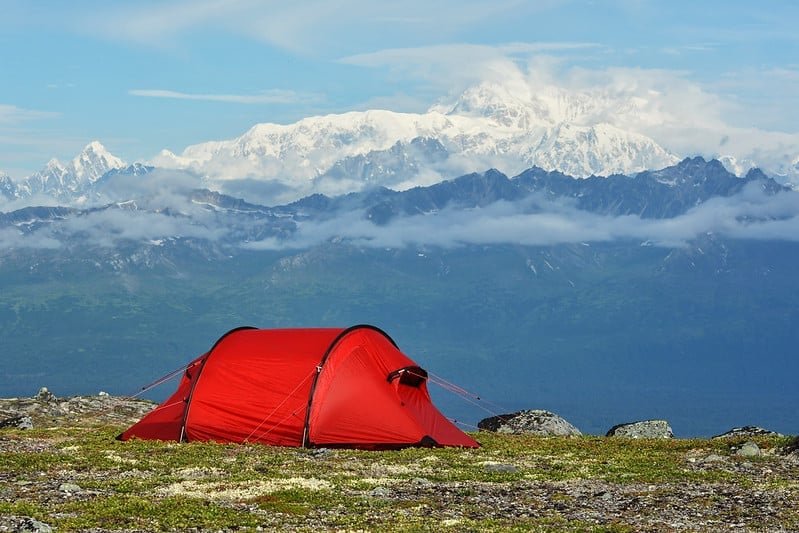 Denali has six campgrounds throughout the park, all varying distances from the park entrance. Some campgrounds accommodate tents, cars, and RV camping, while some are tent only.

The Riley Creek Campground is closest to the visitor center and is open year-round. Sanctuary River, Igloo Creek, and Wonder Lake Campground are open to tents and accessible by bus only. You can drive out to the Teklanika River Campground, but if you choose to drive, there is a three-night minimum stay.

Reservations can be made ahead of time through recreation.gov though are not necessary depending on the time of year you wish to camp. None of the campgrounds have hookups for RVs. 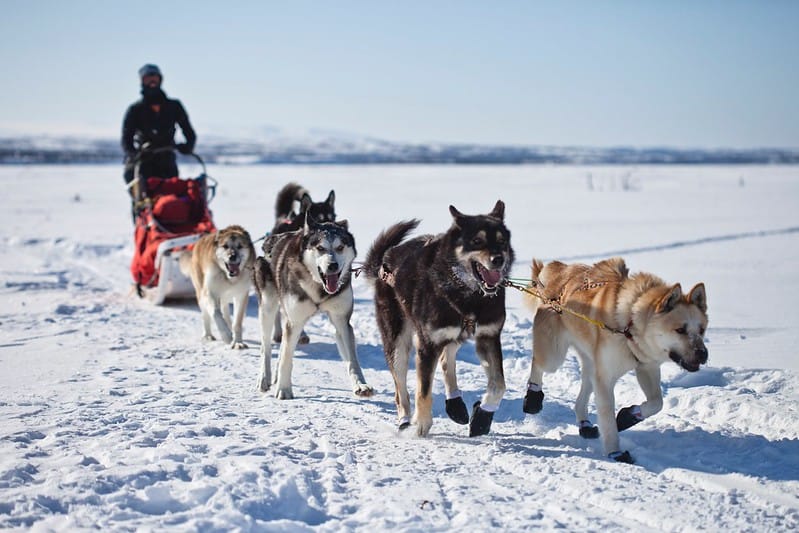 Denali is unique in that it is the only national park with working sled dog kennel. In the summer, you can see how the dogs are harnessed and mushed, and learn about how the puppies are raised. You will have the opportunity to hold and pet the sled dog pups.

During the winters, the dogs are put to work out in the wilderness. If you come during the winter, don’t expect the visitor area to be open and the dogs to be around. Often the dog sled teams go out on multi-night trips.

Under no circumstances, you are allowed to bring an outside pet in. Please leave your dog behind, or don’t visit the kennels if you do bring your dog. You can drive to the kennels in the winter, but best to take the bus in the summer. Parking is minimal at the kennels. 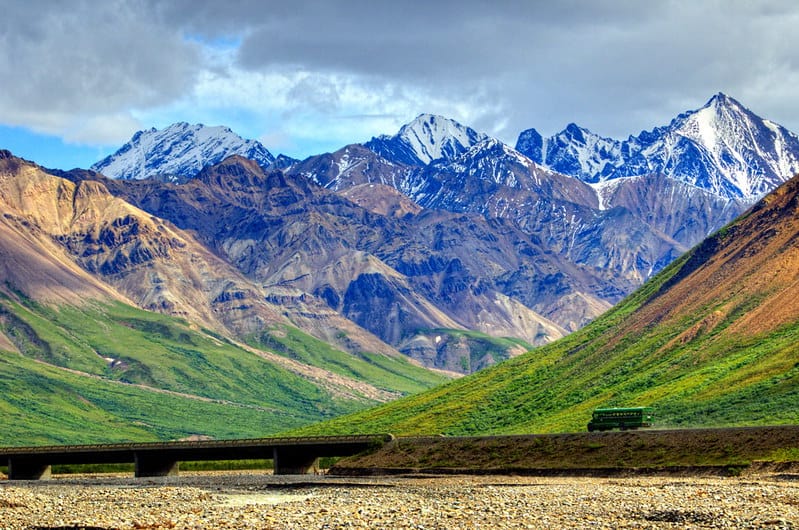 From the visitor center, there is no view of Denali. Your first view of the mountain isn’t until Mile 9 along the park road. A little farther down at Mile 11 also offers a good view. 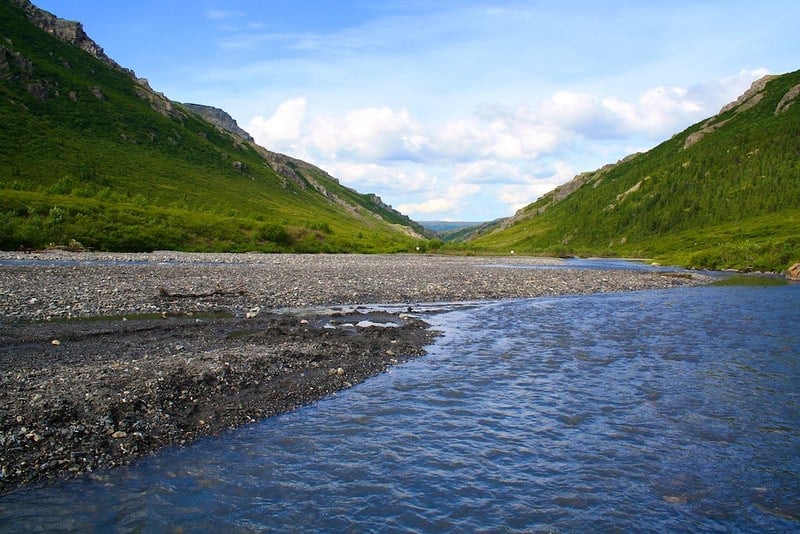 If you have more time to spend in the park, consider exploring the Savage River area at Mile 13-15 along the park road. For a moderate, low elevation gain, take the Savage River Loop Trail along the river. If you’re looking for a more adventurous hike, the Savage Alpine Trail is a tough uphill to start but offers excellent views of Denali along the way. 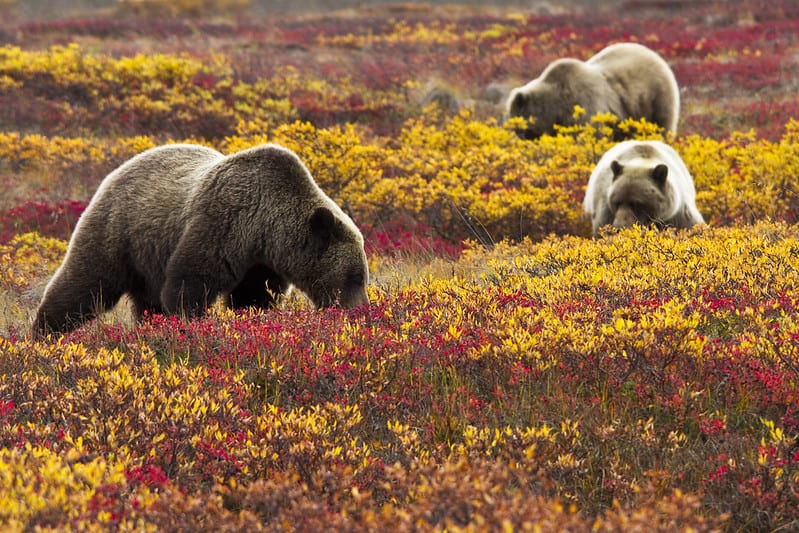 Denali is a great place for wildlife viewing. It’s best to take the bus as this gives you a longer ride and better chances of seeing something. Although there is plenty to see at lower elevations, it’s easier to spot wildlife at or above the treeline. Always remember to keep a safe distance from wildlife, especially when you are outside your vehicle. 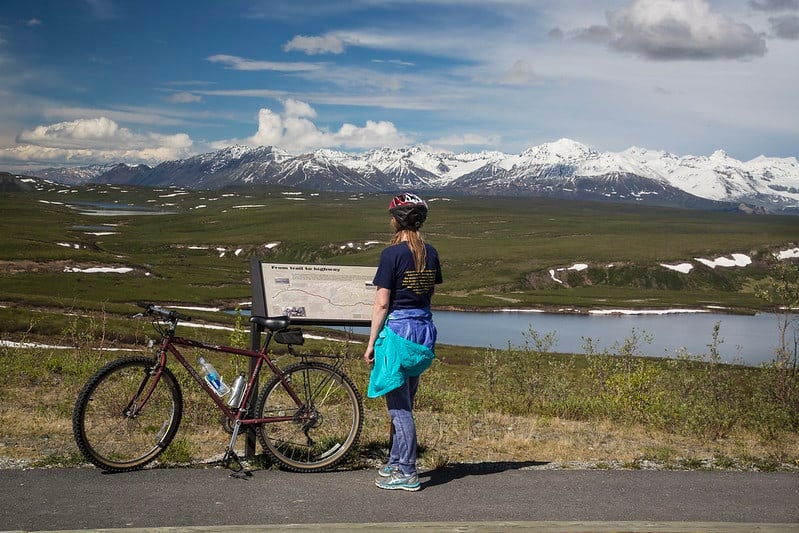 You can bike all 92 miles of the park road. Due to the travel restrictions, there are fewer cars on the road and less traffic, making biking more enjoyable. The road is paved until Mile 15, afterward, the road turns to gravel.

If you plan to bike, make sure you are prepared with plenty of water, snacks and can repair your bike if need be. There are no concessions once you leave the visitor center.

Make sure to keep an eye out for incoming weather and wildlife as there are not many places to find shelter along the road. 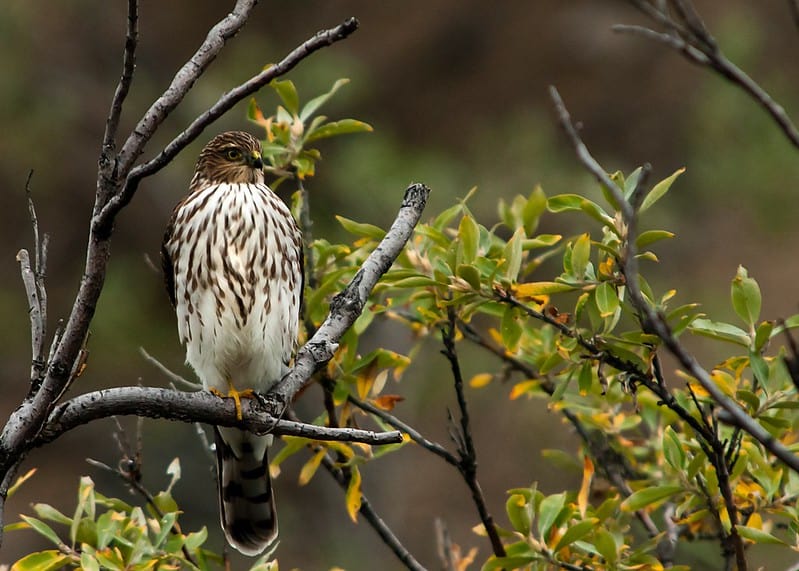 Many species of birds are unique to Alaska's arctic. The best way to see birds in the park is to take the bus or go for a hike. Stop in the visitor center to see if any rare birds have been reported recently in the park. It’s helpful to check out the NPS bird list for the park here. 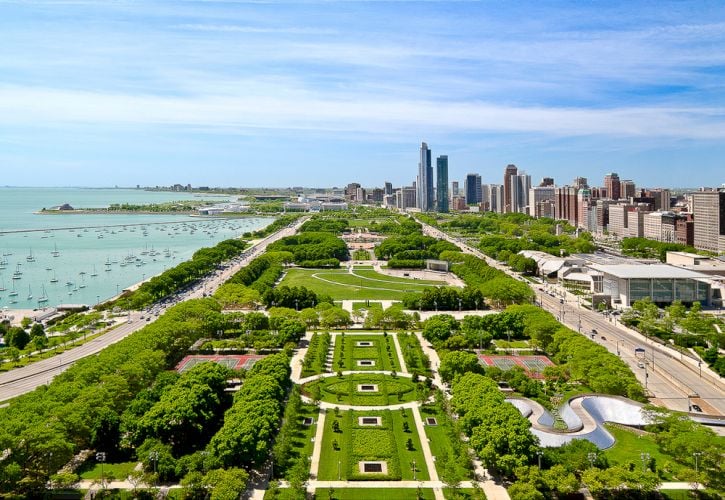 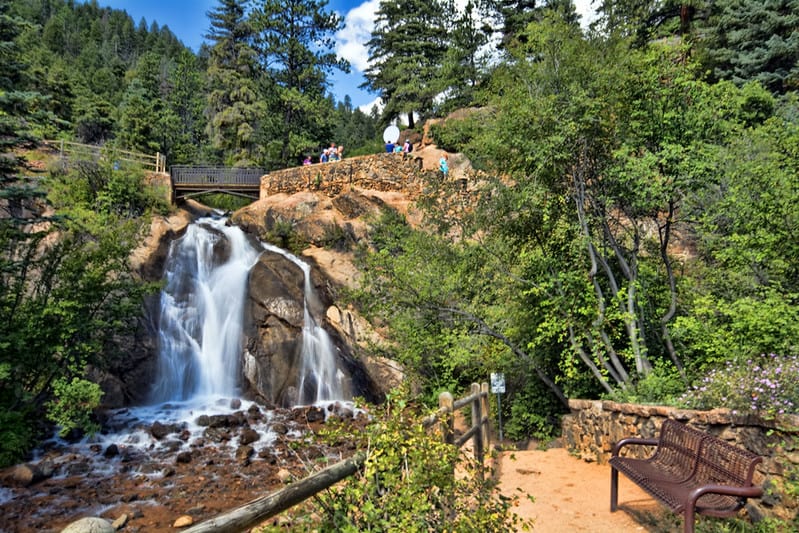 10 Most Beautiful Waterfalls in Colorado 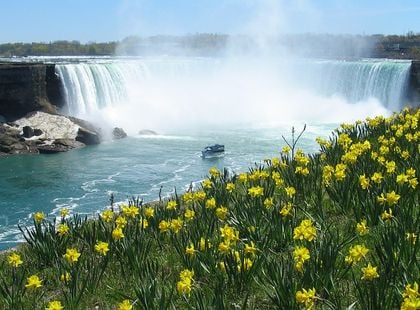 Top 10 Places to Visit on the East Coast, USA 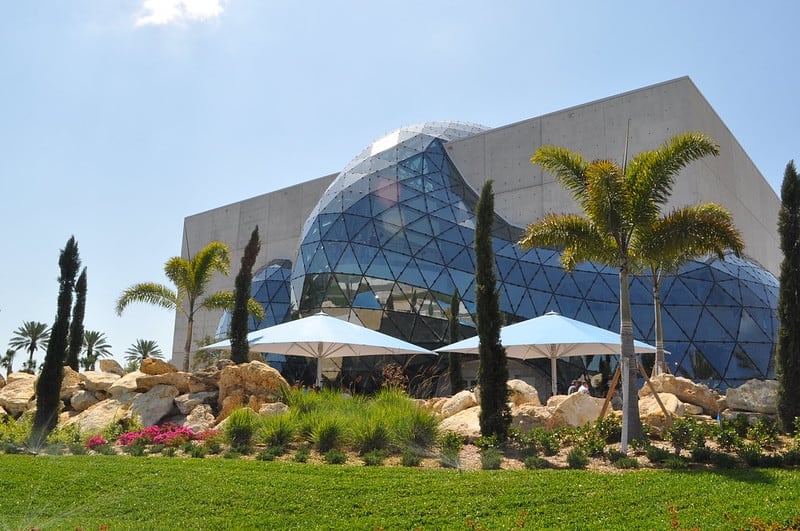 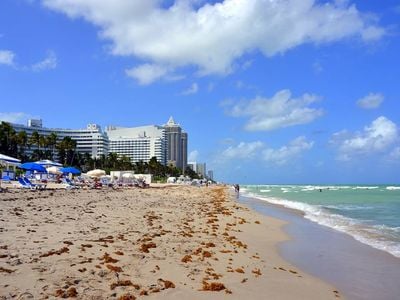 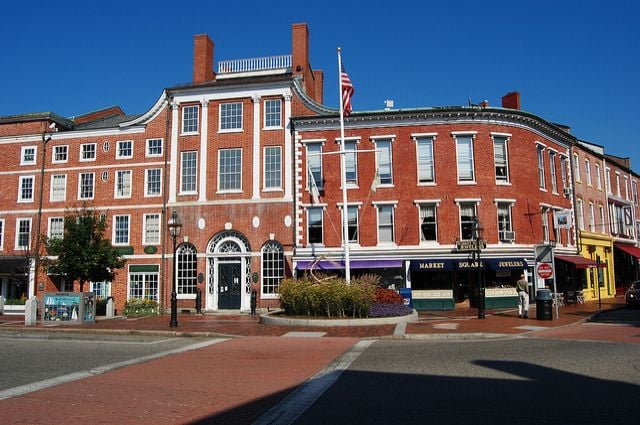 10 Best Observation Decks In The USA