US State Capitol Buildings are the most iconic buildings established in every state that serves as the headquarter for each state's government. You'll find capitol buildings in every state, each with its unique design and features to celebrate architecture, history, and local heritage.

It's hard to miss the Massachusetts State House's iconic gold dome when viewing the magnificent building sitting atop Beacon Hill in Boston. The building is one of the finest examples of neoclassical architecture to complement the historical city status.

Completed in 1798, the state capitol building underwent several renovations and extensions coinciding with the growth of the state population. New wings were added, and the current gilded dome replaced the former wooden dome after being damaged.

Today, the building is a popular tourist destination that offers free tours of the interior and capitol grounds. Visitors can take a self-guided or guided tour to learn more about the various rooms, statues, and portraits displayed throughout the building. You will also be able to enter the chambers when not in use by government officials.

The distinct X-shape of the Wisconsin State Capitol makes it one of the most beautiful state capitol buildings in the US. You won't find another building's architecture quite like the capitol's, whether viewing from an aerial perspective or the illusion of great depth from your eye level.

Wisconsin State Capitol is the fifth version of the capitol building, built-in 1917, after previous failed attempts at a sustainable building. It's the tallest building in Madison, thanks to a law preventing nearby buildings from surpassing its height. The regulation allows for perfect views of the capitol grounds and surrounding buildings from atop the observation deck, seasonally open to the public.

The capitol is a popular gathering place for locals while hosting several annual events and festivals. It's also a frequent stop for tourists to take free guided tours through the building chambers and conference rooms.

Although the old capitol building still stands in Iowa City, you won't confuse it with the beauty of the new Iowa State Capitol in Des Moines. Its iconic five domes make it unlike any of the other US State Capitol Buildings.

Construction of the capitol building finished in 1886, positioned on top of a hill in downtown Des Moines for great views of the surrounding city. Visitors can go to the top of the central golden dome for views from the lookout deck.

The extensive grounds highly the building's beautiful architecture. It features elegant decoration on the interior, filled with art and artifacts from American history.

Iowa State Capitol not only houses state government activity but also recognized as a museum and cultural venue. Guided tours take you to around to some of the must-see rooms like the state library and the performance stage where shows are held.

The Iowa State Capitol is one of the five capitols in the United States that has top of a dome. Inside this state capitol are many displays, including battle flags carried by the Iowa regiments during the Civil War, Spanish-American War, and World War I.

In the west hall, there is a model of the infamous USS Iowa. The model is eighteen feet and seven inches long and weighs in at 1,350 pounds. The south hall contains porcelain dolls who portray all the first ladies of Iowa, and these dolls are dressed up in a replica of the first ladies’ inaugural gowns.

The massive scale of the Texas State Capitol is a perfect representation of the Texas identity. The building is one of the tallest US state capitol buildings and celebrated for its beautiful architectural design.

Texas State Capitol is much more than meets the eye – it was completed in 1888, but in 1993, an underground section was added. The multi-level extension nearly doubled its size, although only a small glimpse is visible in the opening of the capitol grounds. The above-ground exterior is predominantly constructed from limestone in an Italian Renaissance Revival style.

The capitol building is a highlighted building in downtown Austin that is the subject of a lot of Texas (and the US) history. It hosts guided tours of the interior to explore the rooms decorated with antique furniture and historical paintings. Visitors can also tour the capitol gardens to discover the unique statues and figures decorating it.

The historical prominence of the Illinois State Capitol dates back to well before even Abraham Lincoln tried cases in its courthouse rooms. You'll immediately feel the building's significance once you enter the doors of this beautiful state capitol building.

Illinois State Capitol is the tallest capitol building constructed in the classical style (the only higher structures are modern skyscraper style buildings). It was completed in 1888, representing the sixth building designated as the state capitol due to rapid population growth.

An aerial view of the building reveals a cross-shaped design pointing in the compass directions. The towering silver-tone dome complements the decorative exterior, which features frieze decorations and stained glass depicting the state's history.

Visitors can take a guided tour through the various rooms and halls of the building to see where the House and Senate meet and explore the many sculptures found inside.

Connecticut State Capitol is placed beautifully with its grounds leading into the Bushnell Park for a pleasant contrast to downtown Hartford. It's considered one of America's best state capitol buildings for its beauty and historical significance.

Complete in 1910, the capitol is the third edition of the building, now featured more prominently as an iconic symbol of the state. The pure white marble structure is topped with a golden dome, showcasing a large-scale Eastlake architecture style – it's the largest of its kind.

The building is open to the public for admiring the interior design and exhibits. It features several galleries with historical artifacts and the highly popular hall of flags. There are also bas relief built within the building of significant moments in Connecticut's history.

Visitors can take guided tours and even walk the floors of the house and senate. The tour also includes a visit to the Legislative Office Building, connected to the capitol via an underground tunnel.

Peer to the top of Capitol Hill in Salt Lake City, and you'll see the grand Utah State Capitol building overlooking the city. The capitol is the centerpiece of the Utah State Capitol complex, which also features other government buildings, memorials, and decorative elements to beautify the site.

Utah State Capitol is a prime example of Neoclassical architecture, often praised for the clean lines and stately presence it represents as the capitol building. Construction completed in 1916 on the five-story building, which has a large central dome.

Visitors are more than welcome to tour the inside of the building – it's one of the favorite stops while touring the complex grounds. Guided or self-guided tours take guests to some of the notable chambers and rooms of the building. One of the most impressive sights is looking up at the rotunda from the interior.

The inside decoration exhibits lots of sculptures and art to highlight the local heritage and history of Utah.

Out of all the US State Capitol buildings, Virginia State Capitol is perhaps one of the best designed. It's the product of Thomas Jefferson, who modeled the capitol after a Roman temple in France. It was since expanded, only contributing to its opulence within Capitol Square of Richmond.

Virginia State Capitol was completed in 1788, with its wings added later. It's built in a traditional style of classical revival and proudly showcases towering white columns to welcome visitors to the entrance. It's hard not to stop and take in the beauty of the building while passing, but it's also open to the public for tours of the interior.

The Capitol Tour allows visitors to discover the rich history of the building and the state of Virginia. Inside are several works of art and sculptures, including an iconic statue of George Washington.

The enchanting lure of the New York State Capitol is one of the most distinct capitols. Completed in 1899, it's part of the Empire State Plaza in downtown Albany on a campus with several other government buildings.

The architecture varies significantly from other capitol buildings, making it a must-see for travelers in the area. The unique Romanesque Revival architecture holds lots of secrets behind its construction. The grandeur design was hand-built by skilled masons over a few decades.

Visitors can tour throughout the four floors of the building to see lots of historical art and decorations displayed prominently. Outdoors is just as impressive as the inside – there are many statues for decoration around the well-kept grounds.

Washington State Capitol is considered one of America's best state capitol buildings thanks to its thoughtful design to incorporate lots of symbolism. One of the most impressive features of the capitol is the self-supporting masonry dome – it's the fifth-largest of its kind in the world.

The state of Washington is the 42nd state added to the Union, so the building has several features to commemorate it. The walk up to the capitol building cross 42 stairs, and you'll see unofficial 42-star flags hanging around the building.

Additionally, the building showcases a lot of art and design depicting George Washington. Large busts, sculptures, and even floor decorations are prominently displayed throughout the capitol.

Washington State Capitol is part of a larger campus hosting many other government buildings, including the Governor's Mansion. The capitol also referred to as the Legislative Building, allows visitors to sit in on legislative sessions while on tour.

10 Most Beautiful Small Towns in Kentucky

10 Best Things To Do in Michigan

10 Best Theme Parks in the US 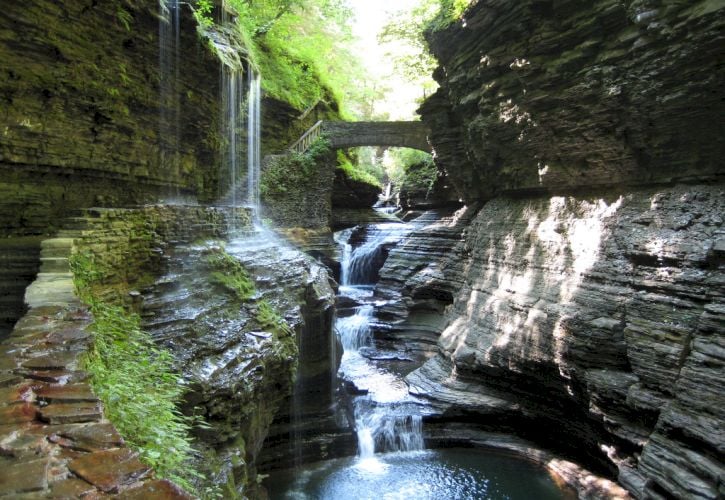 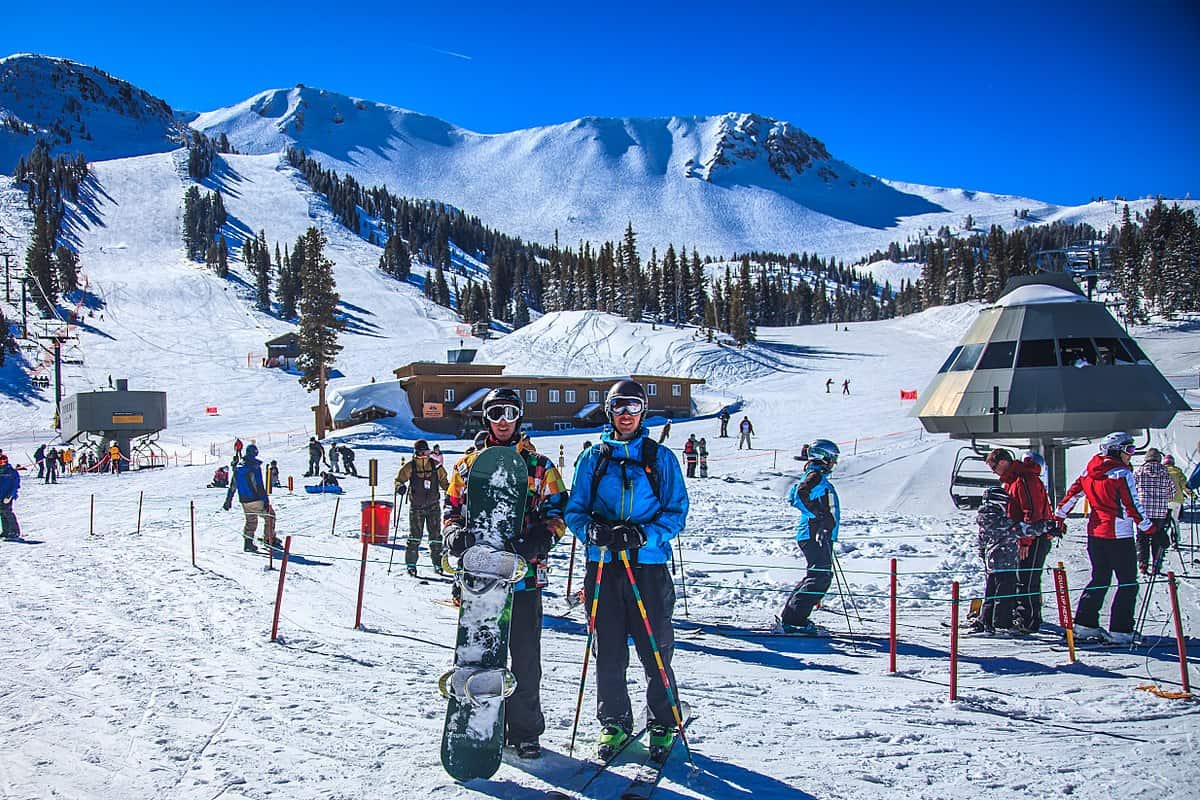 Top 10 Ski Resorts in the USA 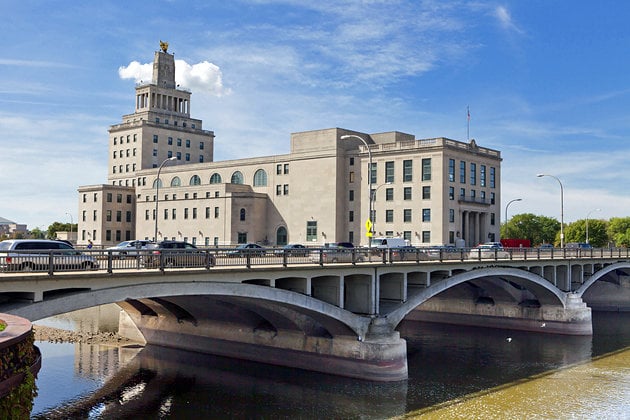 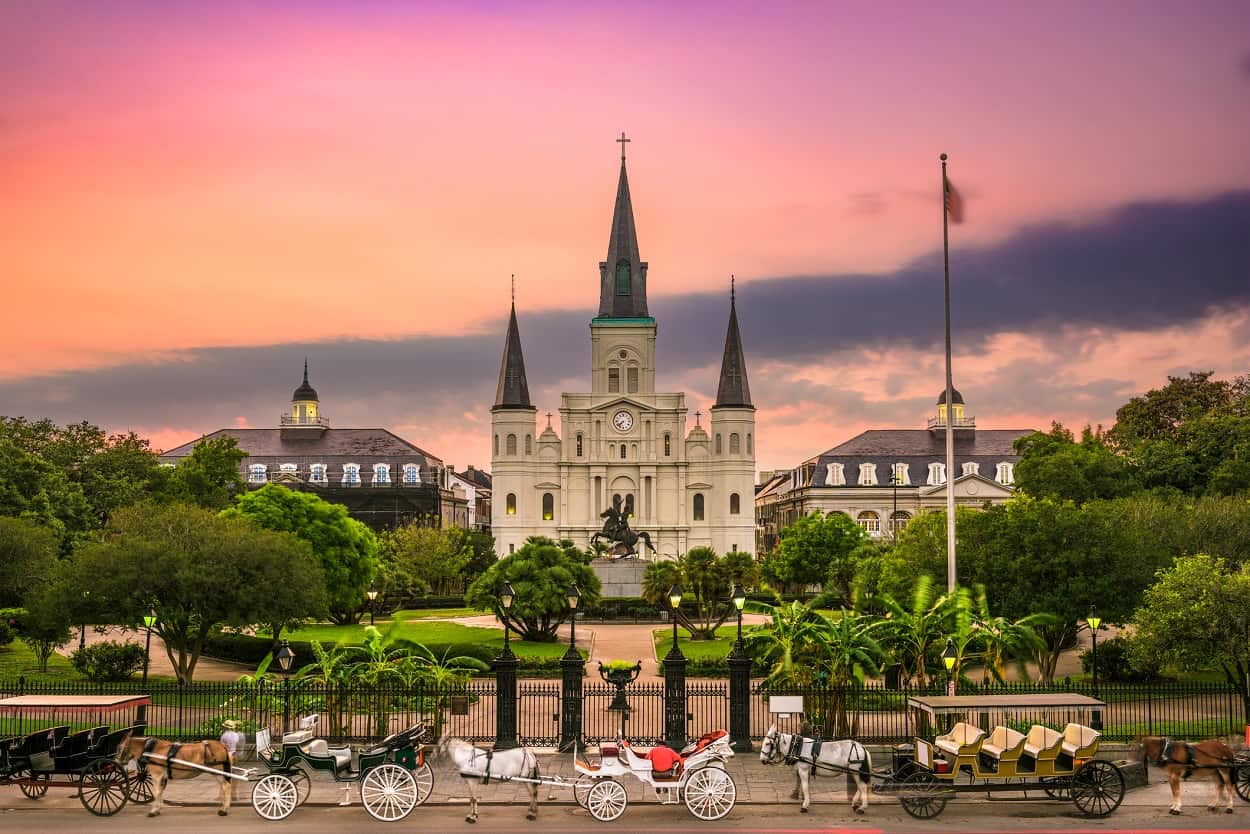 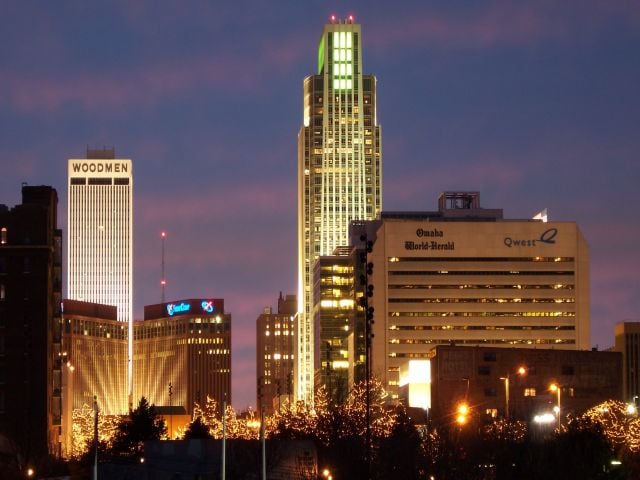 Top 25 Most Beautiful Cities In The USA