Top 10 Best Spots for Stargazing in the US

The life in the city may have its benefits but one basic disadvantage is that the artificial lights usually take away the majesty of the sky at night. Across the USA, however, there are some places where you can stargaze and enjoy the natural night landscape.

Here are 10 best places for stargazing in USA.

Cherry Springs State Park, Pennsylvania owes its name to the black cherry trees that grow profusely over its 82-acre area ringed by 262,000-acre Susquehannock State Forest, which adds to its awesome wilderness.

The park retains its original character - as intact as it was two centuries back—remote and wild. It is one of the only eight International Dark Sky Parks in the world. Its pitch dark but clear night skies are a sanctuary both for the astronomers and lay stargazers, who visit it in large droves for exploring the numberless planets, galaxies, nebulae and other heavenly bodies that populate the skies.

The park hosts some of the most awesome spots for stargazing on the East Coast. You have only to visit the park to watch the spectacular shadow of the galaxy, the Milky Way especially during the optimal night conditions.

Located in the Texas State and spread over an area of 801,163 acres (324,219 ha), Big Bend National Park receives its name from the bend in a river that surrounds it. The park has national importance and as such is a protected area in the country.

The park was named as an International Dark-Sky Park by the International Darkness Association, which has certified it as one of the only ten places on the planet for dark-sky stargazing. It also contains some of the darkest measured skies in North America.

It offers panoramic views of thousands of big and bright stars, planets and clear outline of the Milky Way band on certain nights. The park also attracts its share of astronomers and amateurs on moonless nights.

Natural Bridges National Monument, Utah was declared as a National Monument in 1908. As the name suggests, the park has naturally built bridges; prominent among them are "Kachina," "Owachomo" and "Sipapu" named in memory of the Native Americans who had once made it their home.

The bridges are believed to have been cut by the change in flow of a river as it winded through the rocks. From the bridge, you can gain a fabulous view of thousands of stars, whose sheer brightness casts a shadow on the landscape.

The park hosts some of the darkest patches in the skies in the country, which show up to 15,000 stars all through the night. Of particular mention is the glorious river of light created by the Milky Way, which rises especially over Owachomo Bridge.

Death Valley National Park, California has been certified as the third International Dark Sky Park in the U.S. National Park System because it is home to some of the darkest night skies in the country. The Park is spread over a massive area of 3.4 million acres, of which, 90% is designated as a wilderness area. It is, therefore, regarded as the crown jewel of star gazing.

It is a must-visit place for those who wish to witness lunar-eclipses and meteor showers. The best time to visit the Park is November through April, when the weather is fine. However, the temperature can get uncomfortably hot in summer.

According to Tyler Nordgren, Associate Professor of Physics at the University of Redlands (Calif.), this is the place where you “can look up and see the universe the way everyone could 100 years ago."

Also called Mauna a Wākea in Hawaiian culture, Mauna Kea is a dormant volcano on the island of Hawaii. A major part of the Mauna Key is submerged in the ocean so that it is 4,205 m (13,796 ft) above sea level, but its total altitude is actually more than 10,000 m (33,000 ft), if it is measured from its base in the ocean. What this means is that Mauna Key is much taller than Mt. Everest, regarded the highest peak in the world. The higher you go the clearer becomes the visibility of the sky mainly because the air is free from all atmospheric pollutants that impede the clear vision.

Moreover, the summit is above the inversion layer which keeps the clouds below its location ensuring thereby that it is surrounded by dry and stable air-flow. Since Mauna Kea is situated far from the city lights, it is, free from light pollution, which means that you can observe even the smallest astronomical objects in the sky. Thirteen powerful telescopes funded by eleven countries have been set up at the summit which is accessible by road.

Also known as International Dark Sky Park, Chaco Culture National Historical Park, New Mexico, is regarded by night sky watchers as one the best stargazing sites in the USA. Visitors can experience the same night sky that the original residents of the area did a thousand years back.

One of the reasons for the exceptional stargazing experience here is that its natural environment has been legally protected by declaring 90% of the area as natural darkness zone, which means that any kind of permanent outdoor lighting is prohibited. This has been done not only to preserve the sanctity of the night sky, but also because natural darkness is essential for the survival of nocturnal wild life as well as for the natural rhythms of human and plant life, which depend primarily on the night sky to remain stable and immutable.

The Kitt Peak National Observatory  is an astronomical observatory, located on the Kitt Peak of the Quinlan Mountains in the Arizona-Sonoran Desert at the height of 2,096 m (6,880 ft). It is about 88 kilometers or 55 miles west-southwest of Tuscon, Arizona.

The observatory is a home to the largest collection of astronomical instruments in the world and is administered by the National Optical Astronomy Observatory. Founded in 1958, Kitt Peak National Observatory hosts three major night-time telescopes.

It also provides for consortia, which operates 22 optical telescopes and two radio telescopes. The guides at the observatory will assist you in using the star charts to locate the constellations and enjoy a binocular tour of the night sky.

The park, covering an area of 600 acres and comprising old-growth forest, is located on more than two miles of underdeveloped Lake Michigan shoreline in the Emmet County. The site is known for some of the darkest skies completely free from the light pollution. Emmet County ensures that this pollution- free state remains intact for all time. Astronomers, night-sky enthusiasts and photographers can expect to enjoy the dazzling night skies in the Headlands.

This mind-blowing spectacle, occurring on the magnetic poles of the earth, comprises purples, blues, reds and greens dancing joyously on the night sky. Northern Lights, though hard to predict, occur all through the year. They are more clearly visible in the second week of August when the night sky is quite dark.

The amount of darkness increases with each succeeding night during the fall, winter, and early spring - the reason is that Denali recedes farther and farther away from the sun during this period. Stargazers can expect fantastic time as the darkness stays for longer hours during these periods.

Also Read: Top 10 Things To Do In Denali National Park

Glacier National Park is located in the U.S state of Montana on the Canada-United States border. It covers an area of over one million acres of land. The Park hosts some of the darkest skies in the world and provides ideal conditions for stargazing opportunities.

The dark nights are conductive for the maintenance of the ecosystem which is essential for the survival and growth of the plant and animal life on the park.

The ideal time for star gazers to visit Glacier National Park begins from 11th July when the rangers organize the star gazing programs on the east and west sides of the Park. Visitors can enjoy the sight of deep space objects including galaxies, star clusters, planets, and nebulae through powerful telescopes available on the site.

Travel Tips for Planning Your First Trip to the Smoky Mountains

25 Most Iconic Places to Visit in the United States

Top 10 Most Romantic Honeymoon Resorts In The USA

Top 10 Places To See Fall Colors In The USA

Top 10 Best Zoos In The USA 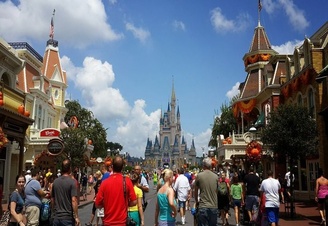 10 Most Beautiful Places to Visit in Florida 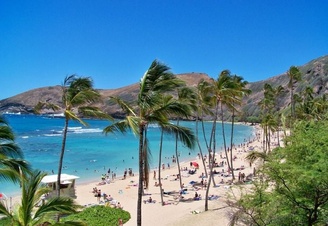 10 Most Beautiful Beaches in Hawaii 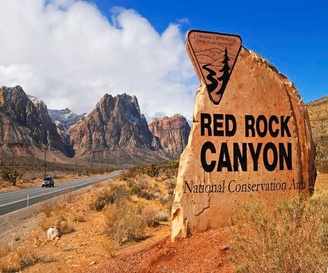 Top 10 Gardens and Natural Wonders to Explore in Las Vegas

Top 10 Best Places To Go Skydiving In The USA