Top 8 Ghost Towns in the US That Are Worth Visiting

If you are looking for somewhere to travel in the near future, consider going to a place that combines history, with some very eerie, paranormal vibes. Visiting an abandoned town throughout the country will definitely give you the goose bumps. Many of these cities are almost perfectly preserved, with furniture, dishes, and even beer exactly where it was left.

They literally feel like dusty time capsules from multiple decades ago. Before going on the spine-chilling adventure these real ghost towns will give you, we highly suggest that you properly plan your trip with the help of online tools to share your trip experience with those who would like to travel later the same route. Nevertheless, here are the coolest and creepiest ghost towns in America.

Best Ghost Towns in the US

Bodie is a very popular ghost town in the West, especially for visitors who are looking to see a former mining town that feels literally frozen in time. When visiting Bodie, you can expect to see deserted streets, and even enter some abandoned churches, schoolhouses, barbershops and century old saloons. You could also find several valuable relics that still remain intact today.

Kennecott was a very prosperous town, making great fortunes for the brave miners who found it. In the search for copper, two brave prospectors went to this place in the early 1900s, accidentally finding around $200 million worth of copper metal. In fact, Kennecott and its five mines contained the world’s richest copper concentration in the early 20th century. A few years later, in 1938, the copper supply was at an all-time low, low enough to get the mines shuttered. Today, Kennecott is a National Historic Landmark and a part of the massive Wrangell-St. Elias National Park.

Just as many other ghost towns, Rhyolite was born during a mining gold rush. At its peak, Rhyolite had three train lines, three newspapers, three swimming pools, three hospitals and over 50 saloons. One of the most beautiful sites in Rhyolite that still stands to this day is the Kelly Bottle House, which is built exclusively out of medicine, beer and whisky bottles.

Calico is a deserted mining town located in the Calico Mountains which are a part of the Mojave Desert. Visitors can go and make a full railroad trip around the hill, visit the old silver mines, or even experience some paranormal activity on a ghost tour, as hundreds of visitors already have.

Although Thurmond is not a true ghost town in the most correct sense, it should definitely be a part of this list, since only five residents proudly call this nearly-abandoned train town home. Thurmond has been properly preserved over the years, since most original buildings, including abandoned the C&O Coaling Tower and Sand House, the three-story Goldman Kincaid and the Mankin Cox Buildings, the old National Bank of Thurmond, as well as several other homes, still stand firm.

Just as most of these other ghost towns, Terlingua was a mining town near the Rio Grande River, and it was completely abandoned around the beginning of the Second World War, more precisely in 1940. Nevertheless, hundreds of artists and eccentrics call Terlingua home, and they are ready to sleep in their cars, caves, and even teepees, mostly without water or electricity.

Aptly named Goldfield, this town was literally swarming with motivated miners hoping for gold in the late 1800s. After its short lived gold rush, the small town Goldfield was totally deserted by 1898. Twenty years later, the area was once again inhabited and renamed Youngsberg in 1921, but it was abandoned just 5 years later. By 1988, the city became a popular tourist attraction that had a handful of fun activities, including a zip line, a reptile exhibit, and some very fun horseback rides. Goldfield also has a museum, a saloon and other different merchants.

St. Elmo was once a swarming, bustling mining city center that was populated with nearly 2,000 people at its peak. By 1930 though, the number of inhabitants of the city fell down to just below 10. Now, St. Elmo is privately owned and maintained, and visitors can freely swing by the small city. It is said that St. Elmo has some of the most paranormal activity in the state.

10 Best Things To Do in Mesa Verde National Park, Colorado

10 Most Beautiful Places to Visit in Florida

Travel Tips for Planning Your First Trip to the Smoky Mountains 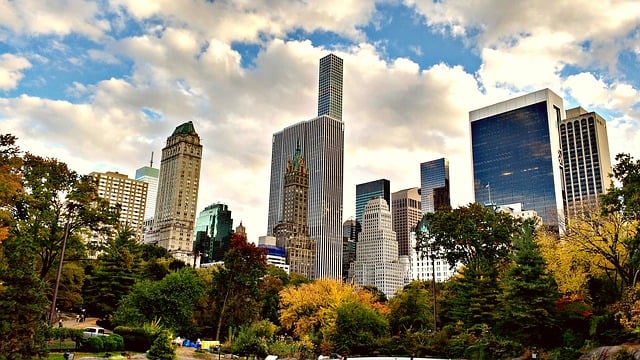 Top 10 Free Attractions in the USA

10 Best Food Cities in the USA

10 Best Things To Do in New Jersey

15 Most Bizarre Public Monuments & Sculptures In The United States