Scottsdale is located just 18 miles from Phoenix making it an easy destination to reach for anyone in the area. But the desert city of nearly a quarter of a million people seems so much different than its close neighbor. Thanks to its growth and brilliant tourist attractions, Scottsdale has distanced itself from Phoenix despite being physically close.

Since it became an incorporated city in 1951, Scottsdale’s population has boomed from its original 2,000. The Arizona desert city is famed for its resorts, vacation destinations, and golf courses. Scottsdale’s downtown has been described as the desert equivalent of Miami’s South Beach. It is an incredible comparison, but one that travelers will most likely agree with when visiting.

Below are 10 of the top tourist attractions in Scottsdale, Arizona.

Taliesin West was the winter home of famed American architect Frank Lloyd Wright. The beautiful home is now a landmark that attracts visitors from all over the world. The home is also the site of the Frank Lloyd Wright Foundation and the School of Architecture at Taliesin.

Work started on the desert home in 1937 and carried on for many years until the home reached its current state. Visitors can tour the home and learn all about Wright’s incredible architecture and design career. A variety of events take place at Taliesin West throughout the year.

Old Town Scottsdale is where the Southwest's past meets modern America. Travelers will find top of the range hotels and restaurants in the area. It is also the location of Scottsdale’s best nightlife.

Thanks to the great year-round temperatures in Scottsdale, visitors are able to stroll beneath the Old Town’s blue skies and experience unique outdoor events and festivals. Baseball fans can catch the San Francisco Giants’ spring training games at the Scottsdale Stadium located in the heart of the Old Town.

Butterfly Wonderland has 3,000 butterflies waiting for visitors to see. It is the largest butterfly conservatory in the United States. Travelers can roam through the conservatory while the beautiful little creatures flutter all around them.

Butterfly Wonderland hosts different events giving visitors the chance to learn about the insects. There is also a 3D theater that teaches viewers about the life of a butterfly. Families will enjoy the conservatory as children’s faces light up when they see the thousands of butterflies fluttering around them.

Scottsdale’s Museum of the West brings the Wild West back to life through its exhibits and events. Museum goers can explore the history and art of the American west. Exhibits range from Native American pottery and artwork to stories passed down through the generations about the region. The museum’s exhibits change regularly offering visitors something new with every trip.

Pinnacle Peak Park is a 150-acre desert park perfect for hikers, trail runners, and mountain bikers. The park features a 1.75-mile one-way trail that provides travelers the chance to stretch their legs. The rough terrain makes the park ideal for great hikes. Pinnacle Peak Park is home to native southwest flora and fauna allowing hikers to view the local nature up close.

Located inside the park is Pinnacle Peak. The 3,169 feet granite summit can be climbed by park goers. However, climbers should be experienced and have proper equipment.

McDowell Sonoran Preserve is a protected wildlife and nature area in Scottsdale. The preserve is an incredible 30,000-plus acre and is known as the U.S.’s largest urban park. The park is so big that it is larger than the Arizona city of Tempe!

It is a mecca for trail runners, hikers, and outdoor adventurers thanks to its 180-miles of trails. The preserve is open from the early morning until the evening giving visitors the chance to explore it whenever they choose. Explorers can complete one of the 90 guided hikes or bike tours courtesy of the McDowell Sonoran Conservancy from September to April.

The McCormick-Stillman Railroad Park is a 30-acre green space located in Scottsdale. The Railroad Park, as it is called by locals, was established in 1975 and it has provided visitors with a unique experience ever since.

Park goers can ride on the Paradise & Pacific Railroad and a 1950-vintage Allan Herschell carousel. The park has a variety of shops and museums to wander through. There is also a playground for the kids to run, swing, and slide on. There is so much to experience that families can spend a whole day at the Railroad Park.

The Scottsdale Fashion Square is the city’s premier shopping mall. Whether travelers want to find hot new fashions, delicious dinners, or catch the latest Hollywood blockbusters, they can do it at the Fashion Square.

The mall is the largest in Arizona and provides shoppers with upscale luxury stores. Travelers looking to escape the warm Arizona summers can find a cool, luxurious refuge inside.

Petrol heads and car buffs will love the Penske Racing Museum. Inside its walls are a large collection of racecars, trophies, and assorted memorabilia from the Penske team’s long five decade-plus history. Museum goers will find a variety of racecars on display from NASCAR to Formula One.

Not only will visitors find cool, authentic racecars – some of which are rare – but the museum contains the Turn 4 Cafe and The Boutique, which sells official Team Penske merchandise.

Southwest Wildlife Conservation Center is a wildlife sanctuary for animals that have lost their homes. The SWCC also rescues animals that were found injured, orphaned, or abandoned. The center helps nurse many of the animals it comes across back to health before returning them to their natural homes. Animals unable to return to the wild are kept at SWCC to live out the rest of their days.

Visitors to the center will encounter a large number of wonderful wild animals including black bears, coyotes, leopards, and more. The center puts on special events throughout the year such as 2019’s Dinner with the Wolves. Each event gives visitors a unique up close and personal experience with the animals living at the SWCC.

10 Most Beautiful Small Towns in Arizona

10 Most Beautiful Small Towns In Michigan

10 Most Beautiful Small Towns In Kansas 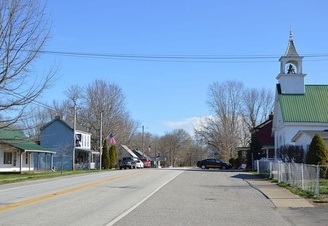 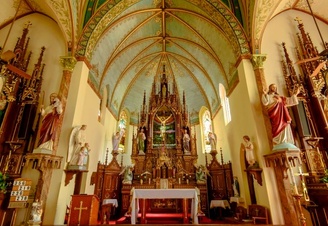 Top 10 Most Beautiful Churches in the USA 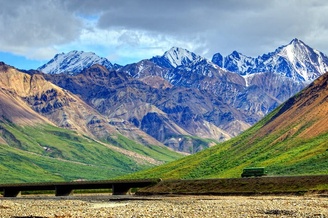 Top 10 Things To Do In Denali National Park