10 Best Things To Do in Indianapolis That Don't Involve Racing

Indianapolis is one of the hidden gems of America. The twelfth-largest city in the country is home to the Indianapolis 500 and the Brickyard 400, and you can certainly tour the track and, for a fee, drive around the track. But what if you're not a sports fan and you have some time to kill in "the amateur sports capital of the world"? It really depends on what interests you--the city has a variety of activities with museum exhibits ranging from psychiatric patients' brains to John Dillinger's famous wooden gun.

Located in the Old Pathology Building on the grounds of the abandoned Central State Hospital, the Indiana Medical History Museum offers a journey through the history of medicine, with an emphasis on psychiatry. The building was state-of-the-art when it was constructed in 1896, and has been maintained since. The museum features a portrait of Dr. William Fletcher, a hospital superintendent who publicly burned the restraints and was fired for destruction of state property in 1883. You can also see a photograph of Dr. Sarah Stockton, who was hired in 1884 and known as a whistle-blower and advocate for women's health.

The museum also contains an anatomy museum, which displays the brains of several former patients, including one kicked in the head by a mule. Several of the brains were stolen in 2013, along with an EKG machine, about 10 scopes, a baby scale and various unnamed artifacts,  and sold on eBay, according to Reuters. Shortly thereafter, the thief posted on Facebook ""Yo I got a bunch of human brains in jars for sale hmu for details u know u want one for Halloween," according to Fox 59. He was captured and most of the exhibits recovered in a sting operation at Dairy Queen, and interest in the museum surged. The museum has odd hours, so call before you go. Admission comes with a guided tour of the building and a self-guided tour of the medicinal herb garden.

You can have either a guided or self-guided tour at this small museum dedicated to the Indiana State Police. The museum has an entire section dedicated to Hoosier criminal John Dillinger, and includes a death mask and his wooden gun that he used to escape from an "escape-proof" jail. Other exhibits include one on the history of drunk driving breath detection equipment; the first such device was invented in Indiana and called the Drunkometer. Also included is a double-headed patrol car, in which visitors can don an Indiana State Police hat and turn on the lights and siren (don't worry, the volume has been turned down). Admission is free, but the museum is closed Mondays.

Let it not be said that Indiana doesn't aim high; the Canal started as one of the state's greatest debacles. Initially proposed to run 296 miles long and started in 1836, the Canal was designed to connect the Wabash and Erie Canal to the Ohio River. The project nearly bankrupted the state and only 26 miles were built, of which nine were operational. The Canal became a source for the local water purification plant and was designated an American Water Landmark in 1971. A revitalization effort in the 1980s led to the Canal Walk, a three-mile waterside promenade that you can tour by paddleboat, gondola (yes, they know O Sole Mio), foot, Segway, and bicycle carriage. Worth visiting is the USS Indianapolis Memorial, a monument to the fallen sailors on the World War II ship sunk by the Japanese after delivering the parts for the atomic bomb.

Located on Monument Circle, this is probably the most recognizable image associated with the city. At the top of the monument is an observation deck and Lady Victory, who is facing South in memory of the Civil War. In the basement is the Col. Eli Lilly Civil War Museum, which chronicles both the home front and battlefield of Indiana soldiers during the Civil War. The Soldiers and Sailors Monument, which is 15 feet smaller than the Statue of Liberty, becomes "the world's largest Christmas tree" every December, with strings of lights and giant wood nutcrackers prominently on display. While the observatory offers a nice view, the best view in town is about a block away, at the City-County Building's observatory.

Indianapolis has more military monuments than any other city except Washington D.C., and this is one of many monuments dedicated to veterans. Here you can see a complete set of World War I nurse uniforms (which even the Smithsonian doesn't have), a replica of the USS Indianapolis radio room, an AH-1 Cobra Attack Helicopter, and a chapel dedicated to those who didn't come home. The USS Indianapolis, made famous by Quint in Jaws, was a heavy cruiser during World War II that was sunk by the Japanese after she delivered critical parts of the atomic bomb. Contrary to Quint's account, a distress signal was sent but ignored, and the ship sank in 12 minutes.  About 300 sailors went down with the ship, and out of the 1,195 crew, only 316 survived; the rest succumbed to exposure or were eaten by sharks. It was the worst US Navy disaster in history and the world's largest shark attack.

Although pricey, no one can argue that you don't get your money's worth at the world's largest children's museum. Five floors worth of exhibits encourage children (and parents) to interact with them. Noted exhibits include a train, a 12,500-year-old mastodon skeleton (just part of the large Dinosphere exhibit, which features an archaeological dig), a planetarium, a mummy, replicas of China's terra cotta warriors, a pirate shipwreck, and a carousel. The museum also has seasonal attractions, such as a haunted house (with a lights on tour) and Jolly Days, a Christmas celebration.

Formerly known as the Indianapolis Museum of Art, this jewel has both indoor and outdoor attractions. There's simply something for everyone here, including exhibits designed for children and interactive exhibits. The museum is a stop for major art events, ranging from  Roman statues to samurai swords. Trained docents are on hand to answer any questions you may have, and the museum frequently offers classes, ranging from bonsai to yoga.

This museum is dedicated to all things Indiana. For example, three U.S. presidents had direct Indiana connections: William Henry Harrison, Abraham Lincoln, and Benjamin Harrison (whose house in the city is also a museum history buffs will love). Memorable experiences include hearing a Potawatomi storyteller tell a tribal legend, "Why the Bear Has a Short Tail," a cooking show by a Shawnee who makes grape dumplings; a re-enactment of Miami chief Little Turtle's speech defending Native rights; the opportunity to pack your Conestoga wagon for the trip to Indiana (eat your heart out, Oregon Trail); the chance to split logs and churn butter; and watching a movie in the IMAX theater.

As Hoosier native Vonnegut said, "Unexpected travel suggestions are dancing lessons from God." Learn more about the Slaughterhouse-Five author here. Exhibits include Vonnegut's typewriter, the Purple Heart he received, rejection letters (including one publisher who thought his account of the Dresden firebombing was "not quite compelling enough"), first editions of every novel, and photographs of the satirist.

Do you like European beer? This is your tour! The tour goes through the trendy Massachusetts Avenue district, known as "Mass Ave" to the locals. You'll stop at four local bars and breweries, including the Scottish-themed McNivens, which serves haggis and Scotch eggs (timid tourists should try the grilled cheese). You'll also visit the Athenaeum, which has a biergarten so lively that there's a sign that reads "No dancing or standing on biergarten tables." The tour concludes with a Guinness challenge at one of the city's many Irish pubs.

There are many more things to do in Indianapolis that don't involve racing, such as sampling craft beer, wine, and mead (yes, Indianapolis has a craft meadery--New Day Meadery) or attending one of the city's many ethnic festivals. Your Indianapolis experience depends on you and what you want your trip to the Circle City to involve.

25 Most Beautiful Hidden Gems In The USA

Top 10 Most Adventurous Rooms In The USA

Top 8 Ghost Towns In The US That Are Worth Visiting 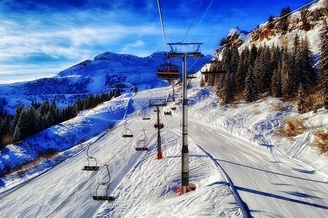 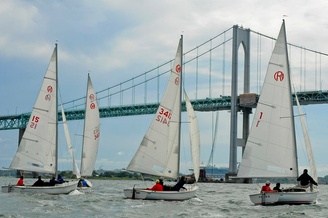 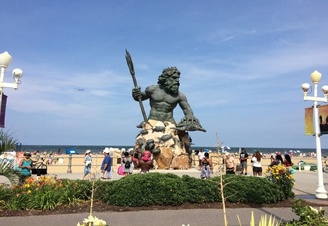